Resident confronts school board with legal action over vacant seat 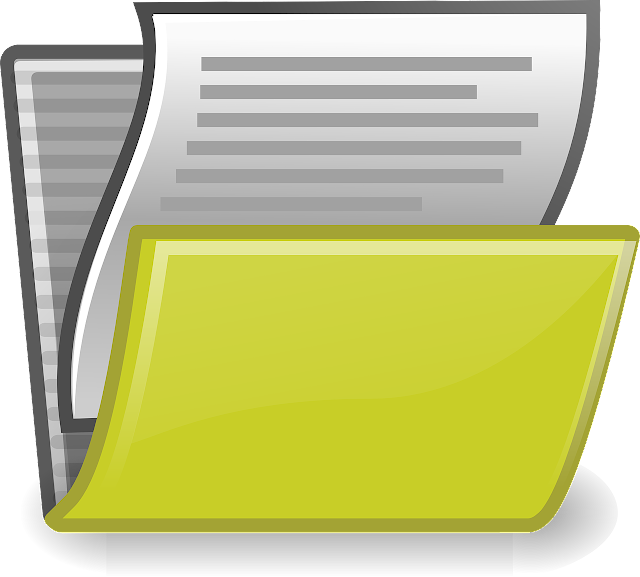 The Columbia Borough School Board had expected to fill a vacancy at a special meeting Wednesday night but ended up tabling the move due to legal action taken by a resident.

During the citizen comments section of the meeting, resident Frank Doutrich announced that he had filed a petition at the Lancaster County Courthouse to claim the seat vacated by Leo Lutz Jr. on December 9, 2016. According to court documents, Doutrich's petition was filed with the Lancaster County Court of Common Pleas on January 9 of this year due to the vacancy not being filled within 30 days.

Doutrich also said that the school board's attorney had interceded on the matter with a judge at the courthouse. "If you check with your attorney, he's going back and forth with the judge. I know that for a fact," Doutrich said. "Somebody else here knows what was going on."

(NOTE: Columbia Spy has learned that Michael Grab, attorney for the school board, has asked Judge Dennis Reinaker of the Lancaster County Court of Common Pleas to dismiss the petition, claiming that it is "unverified," further naming it a "purported petition." Grab claims he has not seen the petition. Grab also states that the 11 signers of the petition are taxpayers but believes it is not valid, based on various statutes. He claims that the board may appoint a new board member after the 30-day deadline.)

Doutrich told the board that the matter is no longer under its jurisdiction, because it is under review by the judge. He said that on the advice of his attorney, he was there to explain why he would not be participating in the interview process. "This is in the hands of the court," he said. "This is out of the hands of the school board."

Doutrich said he had originally submitted a letter of interest on January 3 regarding the vacant seat - within the 30 days.  He asked why nothing was discussed regarding the position at the January 5, 2017 Committee of the Whole meeting. Board President Keith Combs replied that he was not at that meeting. Doutrich then asked why the position had not been filled within the 30-day period. Combs said interviews were scheduled once the board had applicants, after the January 5 meeting. At that meeting, the board made no announcement about the vacancy or that interviews would be scheduled after the 30-day deadline. Doutrich said that after the meeting, he had asked three school board members if there were any candidates for the position and was told that no one had been so informed.

At the conclusion of Doutrich's comments, Combs decided the board should proceed with interviewing the only other candidate present, Jenna Irene Geesey. Afterwards, Combs said that even though Doutrich did not participate in the interview process, he was still a viable candidate "for voting purposes tonight."

Board Director Kathleen Hohenadel advised the board that they would be better off tabling the matter until the judge renders his decision, because the petition is still in process. Hohenadel then made a motion to that effect which was seconded by Vickie Anspach, but before a vote could be taken, Director of Operations Tom Strickler interjected: "Your solicitor has told you to proceed tonight.  At the direction of the president, the solicitor did get back to Keith and told him to proceed with the interviews tonight, so that's your decision." A roll call vote was then taken, and the motion to table passed unanimously.

This issue was further discussed at Thursday night's regular board meeting.
MORE TO FOLLOW.
Posted by Joe Lintner at 7:57 PM

The one piece of news that I wish I would hear is that Strickler was relieved of his duties.

Agree. Where does this Strickler person get off telling the board what to do?

Cheers to the board for refusing to listen to him.

It appears, from this article,that someone may be speaking to Strickler and the board president inappropriately.

Strickler is not an elected member of the board.
He should not , according to the above quote, tell the board that , that is your decision.
He should not be permitted to speak at a board meeting or interject anything.
He holds absolutely no power over the board any longer.
Great news that the board rejected his interjection.

How did Strickler know that the solicitor got back to Combs if he did not talk to Combs in secret, in private,before the meeting, about this situation. An ethics problem?

Strickler does not tell the board what to do!!

If I am understanding this fiasco correctly, Strickler may very well have committed an ethics violation in front of witnesses , in an open forum, when he attempted to direct and influence the board decision and procedure from his position as director of operations.

Curious, is Mike Grab a resident of this out of control situation?
No offense to him, but honestly this Boro is so out of control.

Unfortunately, it appears as if Strickler is viewed as being "in charge" of everything.

I am not a Columbia native but we have lived here for the last 3 years.
This town has pride and great possibilities. We really like it here.

As I have been guided to this site, and speak with locals, it is clear that this Strickler guy is not well liked, has been installed into a position in a more than questionable manner and challenged in board meetings ,by people who are well known and well liked ,with no consequences.
He could not even call a delay on an icy morning when children were put in danger.

Something is not right here. What is the connection between him and Elanco and why was he hired and why are they protecting him?

The regime is trying to place Jenna Geesey in that open School Board seat. If you read her bio on LinkedIn,head of the Columbia Republican Party, which is backed by Mayor Lutz. If it wasn't for Frank Doutrich raising concerns Jenna Geesey would have been sworn in. We live in town with mediocre politician's that are killing my love for this town. Time to sell my home and sell it to a landlord. Thanks Columbia!

Strickler is quoted as saying , your solicitor has told you to proceed.

Strickler ,it appears, will use any method to exercise power.

For the people who served before and who serve now , the is an embarrassment

Let's get right to it...it is a widely held belief that Strickler ,as board president, created a job for himself and for some reason was installed into that job by Hollister from Elanco.

Corrective action is needed. Go to meetings and demand this action.

Shouldn't the same petition be filed against borough council too? Since they have not filed the open seat within 30 days of a resignation?

Brief summary, It appears that:
school board president helps to create job of director of operations
School board president resigns, before his elected term is completed, and takes director job with no qualifications or certifications at a salary of $94,000 plus benefits
no job description or clear list of job duties is created
no evaluation for the position is being done
the state and department of ed.has not approved any of this crap
the promise of state money to pay for all of this has not arrived
respected residents are ignored at board meetings after raising ethical questions
taxpayers are ,not surprisingly ,upset
legal issues are being used to stop a resident from filling a vacant board position
and more and more and more....

Are Columbia taxpayers going to continue to allow this crap to be shoved down their throats?

Could you please republish the email address of Elanco board members. Thank you.

If charter schools become moree numerous and prolific under this new administration accountability to taxpayer's will be less as they are not accountable to any elected boards.

Time for Sticker to go the sooner the better

When can Strickler be removed? This guy has no right to tell his bosses what to do. The solicitor is there to advise. Glad to see board vote against his wishes. The next two votes should be: 1) Fire Strickler, 2) Rescind the agreement with ELANCO. May be then Strickler can get a real job, instead of one he created.

Tom Strickler may want to consult an attorney about ethics violations. He may have overstep his bounds. His $94,000 plus benefits job is a waste of tax payers money.

If someone with no qualifications and no certifications and is hired for a job with no specific duties or job description and is not evaluated....it is an example ,as mentioned on this site before, of corporate welfare....paid for under a smokescreen of deception , by the taxpayers.

Narcissism is not a qualification!

Correct, in fact council may go two months after the seat was vacated. Councilwoman Weisser resigned on December 1, 2016.
The meeting to interview those that submitted letters of interest was moved from February 6 to February 2, 2017.

The comments on this site should be printed and sent or emailed to all members of Columbia and Elanco school boards and to the State ethics committee chairman, where the original ethics probe is working slowly through the process.

ELANCO School Board and administrators:

GET RID OF THE CURRENT DIRECTOR OF OPERATIONS

REPLACE THE DIRECTOR POSITION BY DIVIDING THE DUTIES AMONG THE 3 QUALIFIED PRINCIPALS THAT WE HAVE AND PAY THEM ACCORDINGLY.

THIS INCREASES QUALITY AND EFFICIENCY AT A MUCH LOWER COST AND IS WITHIN THE FRAMEWORK OF CURRENT SCHOOL LAW.

IT REPLACES POSSIBLE ARROGANCE AND DECEPTION WITH QUALIFIED AND CERTIFIED PEOPLE WHO REALLY CARE, AT A SIGNIFICANT SAVINGS, AND ELIMINATES THE "MIDDLE MAN" POSITION WHERE ONLY ONE PERSON COMMUNICATES WITH HOLLISTER AND HOLLISTER HEARS FROM ALL THREE PRINCIPALS DIRECTLY.

I read all these post and it great that all of these comments are in favor of removing Tom Striker.
Please please please please please attend the next meeting February 2nd at the district office on Chestnut street. Just show up. I you don't want to speak you can just listen and support others with the same feeling.

The School Board Committee of the Whole Meeting is scheduled for 6 p.m. on Feb. 2 at the District Office building. The same evening (and the same time), Columbia Borough Council has scheduled a special meeting at Borough Hall to interview candidates for an open council seat.

Agree .. something must be done immediately to stop Strickler . Go to the board meetings , please fill the room and demand changes ...these people work for us and the few ethical board members need our help. This fraudulent agreement must be stopped before it becomes permanent in June. We do not have much time. If it is not stopped by June it becomes a 3 year agreement . Who wants this fraud to continue? Only one person , the perpetrator in chief.

Why is Strickler so interested in preventing Mr. Doutrich from getting on the school board??

Stop Strickler is sounding like a movement that is gathering momentum.

If 50 taxpayers go to the meeting and stand and say, Strickler is not our choice for director of operations...your voices should be heard. Then 50 more ....

Some members of the school board do not like the fact that residents can comment anonymously on this site. I am thankful for a place to express my feelings without having to stand in front of a group of people. I am apprehensive about signing my name for fear of retaliation, if someone differs with my opinion. People in this town cannot look at both "sides" and then make a decision, they are too narrow minded for that. It's their way or no way. No respect for a difference of opinion.

This information is not factual. Do not slander based on misinformation.