After the region received several inches of snow Thursday into the Friday, we were once again treated to a dusting today. Following are some shots from around the area this morning. 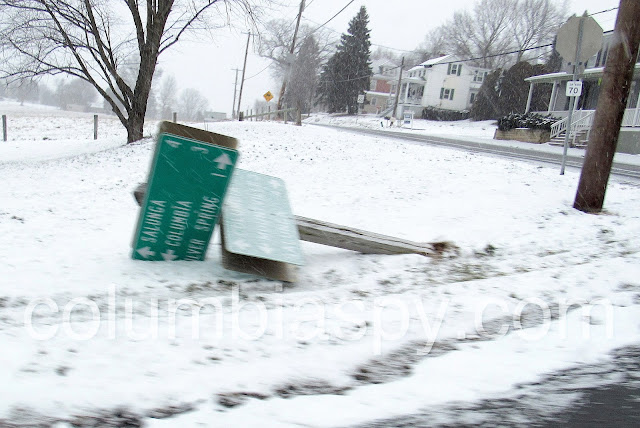 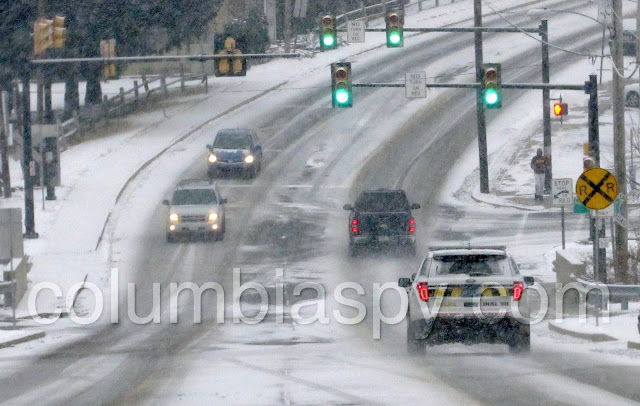 Lancaster Avenue near the Columbia Plaza 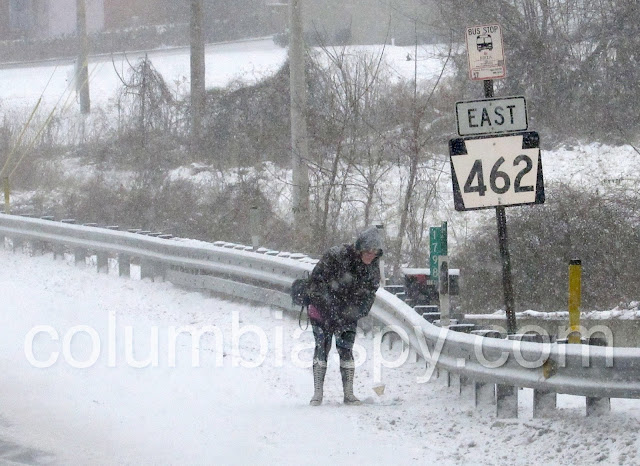 Waiting for a ride near Oswego Drive 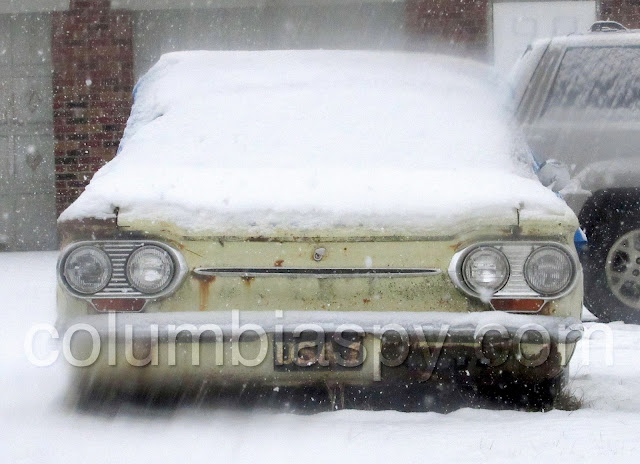 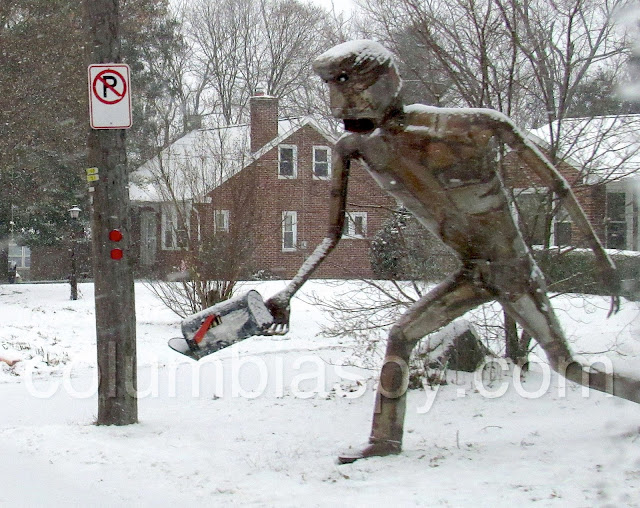 A giant mailbox man, looking like something from Rogue One, appears angry that someone bent his mailbox along Columbia Avenue. 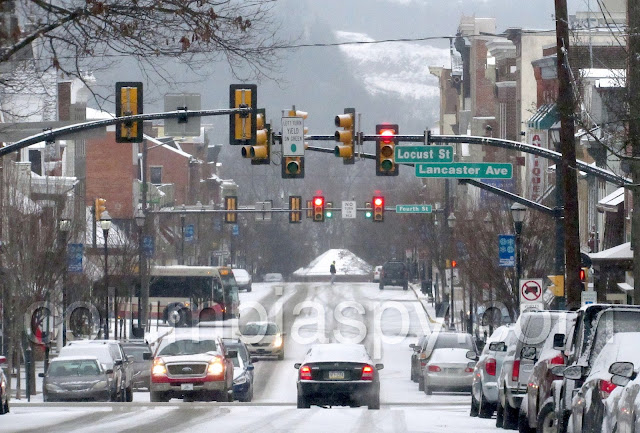 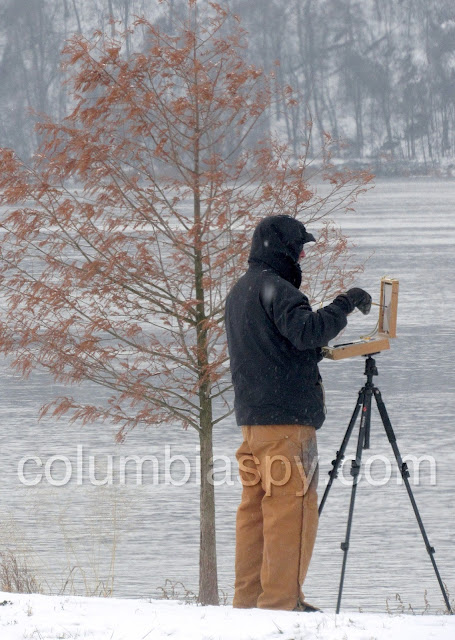 At River Park, this artist took advantage of the weather to paint a scene of the snow-covered Veterans Memorial Bridge.
Posted by Joe Lintner at 12:53 PM