Vehicle accident at the bridge - one totaled

A two-vehicle accident occurred Thursday shortly before 3 p.m. near the entrance to the Veterans Memorial Bridge. According to witnesses, the driver of a Nissan Murano traveling south on North Second Street failed to stop at a stop sign and was hit by a Chevy Silverado heading west on Route 462. Both vehicles sustained front end damage, and an air bag deployed in the Nissan. The Nissan driver told Columbia Spy that his vehicle was worth about $7,000. He believed it to be totaled. The intersection was closed for over an hour as personnel investigated. 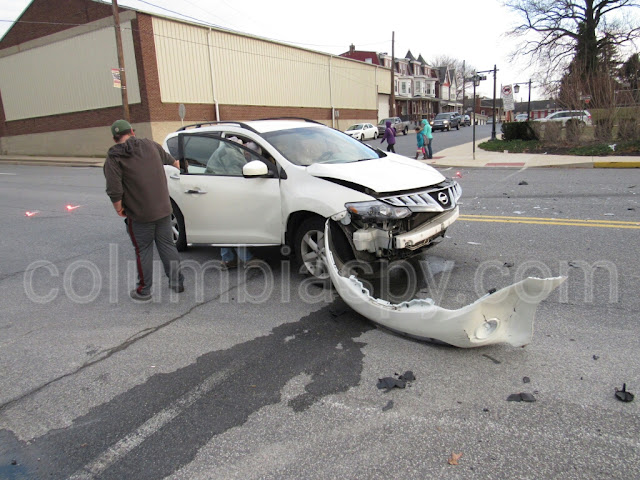 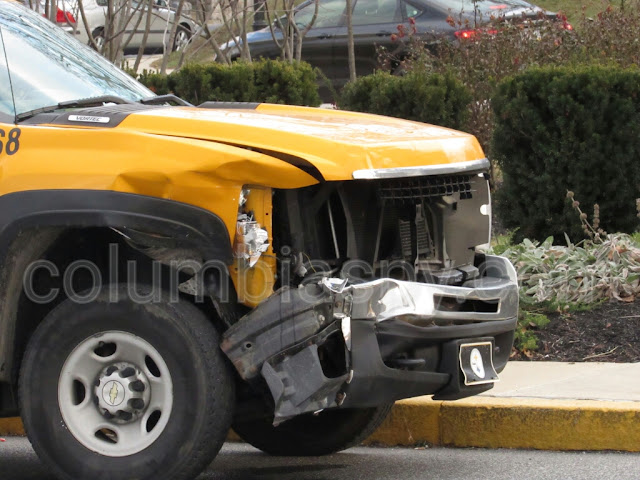 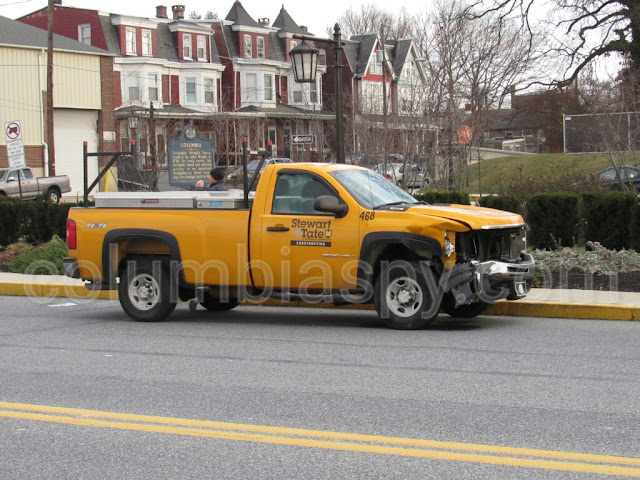 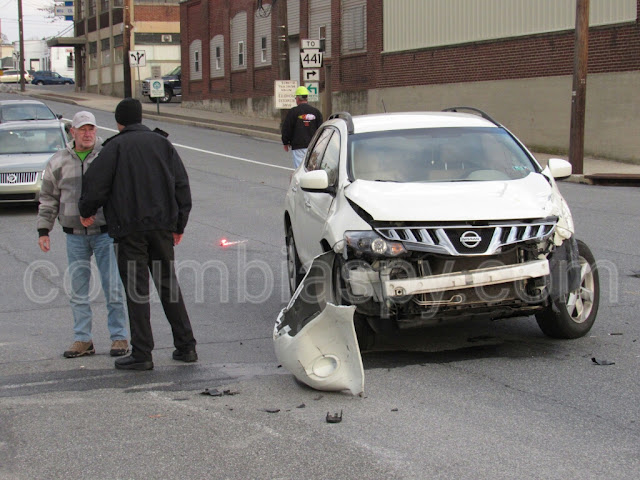 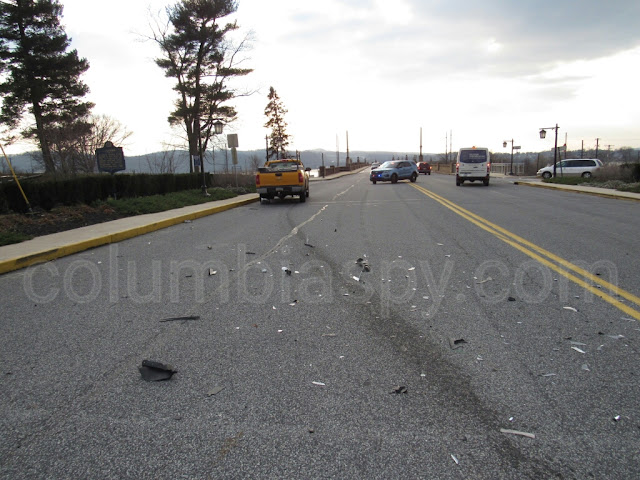 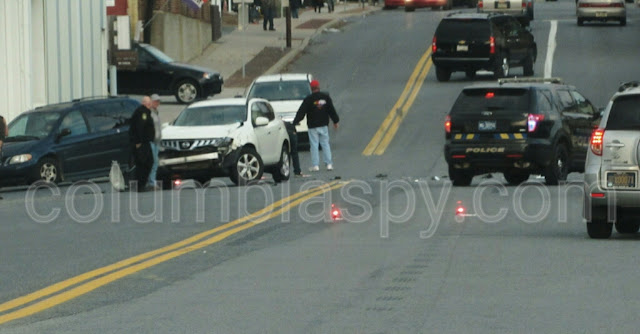