Snowflakes and a trolley are in Columbia's future - for a price 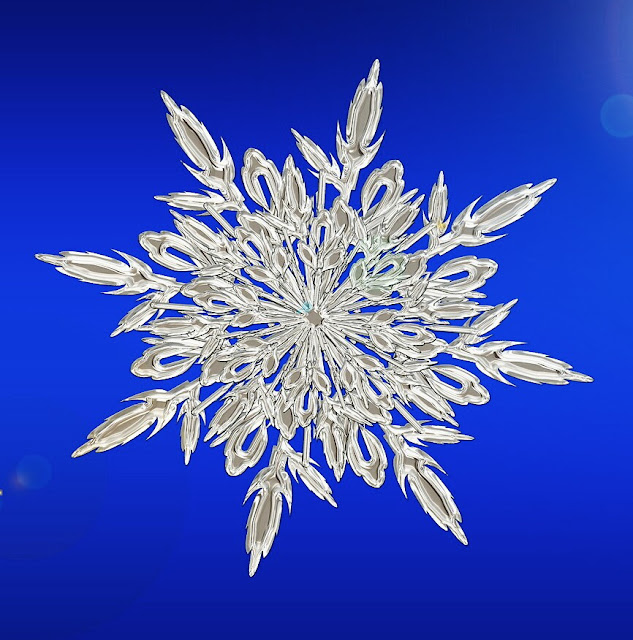 New borough Christmas lights were the topic at the Community Development meeting December 15, 2016.

Rather than keep the old lights in storage, Berntheizel suggested placing them on business buildings such as the market house or Hinkle's Pharmacy. Mayor Lutz said that not all businesses may want to put holes in their buildings in order to display the snowflake lights.  He also mentioned that a box would need to be installed for electricity to operate the lights.  This was followed by some discussion about the cost of the borough's annual electric bill.

Mayor Lutz did express interest in having some of the lights at River Park.

The new snowflake light purchase will go to full council at the January 9 meeting.

The trolley purchase was also brought up, albeit briefly.  Greg Sahd said that it will not be ready for purchase until January 2, 2017.  However he would like the borough to be able to take possession of it before the end of this year and have it included in the 2016 budget.

There are decals that have to be removed prior to purchase.  Greg Sahd suggested that Cleon Bernthiezel get in touch with Elite Coach to see if possession could possibly take place sooner.

Rebecca Denlinger was not present.  Councillors Cleon Berntheizel, John Novak and Sherry Welsh were present along with Greg Sahd and Mayor Leo Lutz.

Before hitting the general budget, see if the merchant,any residents,other businesses and organizations are willing to donate for decorations. In other towns they do this.

This guy Coffee Cle is so clueless. He needs to resign again and not have access to anyone's c checkbook but his own, which apparently is in the tank just like the borough's finances will be if this continues,

Mr. Sahd would like to take possession of the trolley before the end of the year. Mr. Sahd, was proper bidding procedure utilized? If not, I suggest you not take possession of it as it would be a violation of the law. Also, the people paying for it, i.e., the taxpayers, had little time, if any, to voice our opinion about it.

the snowflakes wont fit. the lightpoles arent strong enough or tall enough to hold them
that is why the old lights are not used

Did you see where the QRS has purchased a transport ambulance? Are they making an attempt to put SVEMS out of business and also nice job by public works with our streets. Probably not in the budget anymore since we purchased a trolley, an old fire house, tree grates, hired an economic development specialist, spending thousands on pipe dreams.

Want to know why the streets in Columbia were not plowed and most of the sidewalk's were not shoveled thought there was a law that they must be solved so many hours after it stops snowing.

Why would they plow? About in inch of slush on the roads with the forecast showing rising temperatures. Would have been a colossal waste of money if hours were spent plowing!

In the meantime, hazardous conditions overnight Saturday into Sunday.

There's an ordinance but it's not enforced, may as well take it off the books with the others.

Borough doesn't need to buy any snowflakes. More than enough in this comments section.

Cars were sliding severely in the slush piles at all intersections. We heard and saw one vehicle fishtail in the deep slush as they rounded a corner, hit the curb, nearly taking out a pedestrian. But what the hell, the slush will melt.

That's what we are paying taxes for! Not for flags and bags we never see, trolleys, tree grates and studies. We are paying for snow plowing so we can get around this town safely. So cut costs by not plowing, that is completely out of line.

I expect a tax rebate if the borough refuses to plow the streets.

Streets didn't need plowed. I was out and about all day saturday. Didn't find one municipality that plowed. It would have been just stupid to do so. Travel lanes were okay.

They put salt and anti skid so the street sweeper has something to pick up this week.

My travel from Manor Township to Columbia for a Christmas Party was very aggravating. My wife, handicapped due a paralyzing disease, I could not transfer her from the street to the sidewalk and had to shovel the street for passage. We then gave up and went to see Christmas lights when the host of the party called me and made accommodations with strong backs to transfer my wife to the home.

Regardless of the next twenty-four hours of melting. It is the safety of the citizen or visitor of Columbia that matters.

Then why did Manor Township plow all the roads and streets. Travel lanes were not okay because I was spinning my tires up the 100 block of Locust Street. So the last comment drove to other municipalities to see if they plowed. Come on.

Every time we have a snow event some believe the roads should be completely clear and pristine...the concept is for the roads to be passable. Roads were certainly passable.

Let us taxpayers worry about tree grates that consume Columbia Borough workers time compared to scraping the street down to asphalt. Columbia should have at least one on call employee ready at all times to care for snow plowing. We pay for these services and are always under the gun to shovel our sidewalks. Would not like to get a quick ticket.

Streets were hazardous. Don't know where you people think not. Was that way till late sun morning. They should have been plowed by Saturday afternoon.

Maybe the bus needs to train their drivers better for foul weather. Seems a bus would have trouble going up a street versus down a street.
The streets melted and were passable as long as you slowed down and drove according to the conditions.

That is why the new trolley should have a plow and spreader. Make money and provide a service.

The roads here are not passable without snow let alone with it. Drive Walnut Street and see for yourself. After that drive on Ironville Pike.

Stay home????? The taxpayers are being told to stay home because the borough decides not to plow. Now the borough gets to dictate whether residents should travel throughout the town. This keeps getting worse.

Was not a Boro comment,, the streets were passable if you took care.