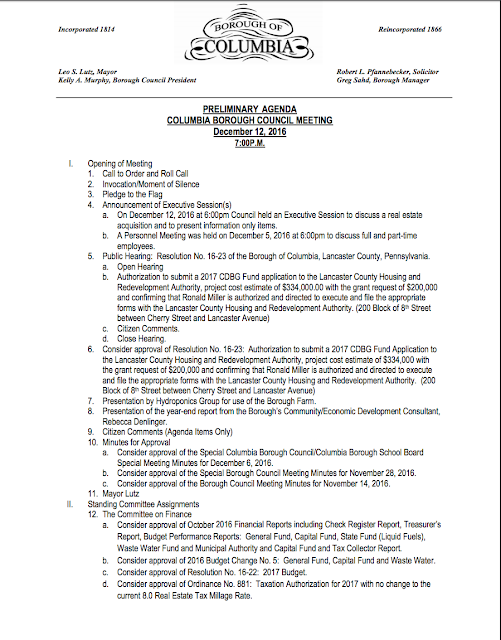 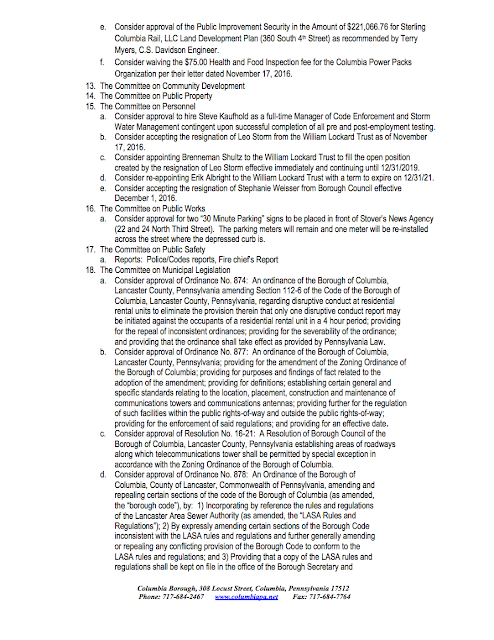 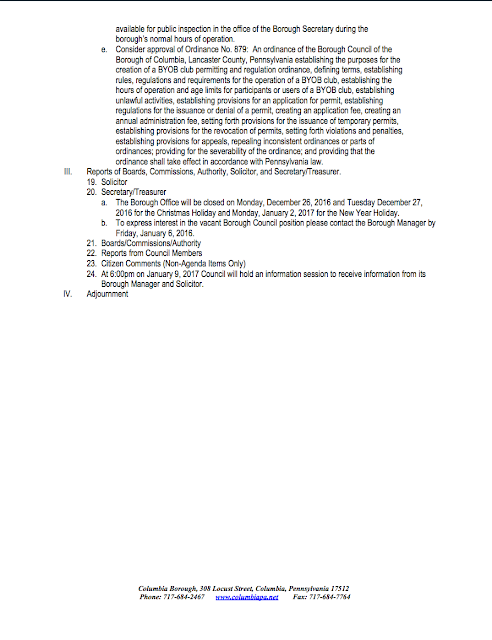 Noticed today that the Coffee Club's tree wells are being installed and it looks like crap as they are not being installed in every tree well. Guess this will really bring folks downtown. Another waste of time and money.

I see there is now an opening on Borough Council as well as the School Board. Now is the time for those people who comment on the Columbia Spy and Columbia News and Views to step up and apply for these positions and see if they can make a difference. Remember, there are a number of positions on both governing bodies available in the 2017 election as well as the mayor's seat. Here is your chance to get your feet wet.

Aquaponics again? This is the third time in the past few months. Is a chunk of the nine million funding this now?

Yes there's a opening on Council!
How's about all those lounge chair, Monday QB's step up and try to make a change in the town instead of just running the pie hole with your negative feedback and words! Why don't you come to the table aka Council Meetings/Committee Meetings with your problems and have solution to go with it. Meetings are open to the public! Didn't see many residents there except the usual ones. There's a lot of things going on in town for the town and it residents. But you would know that since you don't participate in matter except on Social Media or here.
What you should be concerned about SCHOOL TAXES and the spend on the police who eat up 1/2 the budget.
Maybe your New Year's resolution should be to be more proactive in your town and less negative.
LumLum Transplant

Special interest is for the whole town, not the chosen.

Which council/committee member is this? Criticizing others for their opinions on social media while you do the same? I should be surprised, but I'm not. This council is probably the worst to ever sit at that table and is hell-bent on bankrupting this town in pursuit of their own personal agendas. It is absolutely disgusting. And to blame the schools and police? C'mon... at least take some responsibility. Those things are at least needed - unlike trolley buses, market houses, ballrooms, and aquaponic farms.

Those things are needed, but we don't need our own. What we need are affordable taxes so we get homeowners back