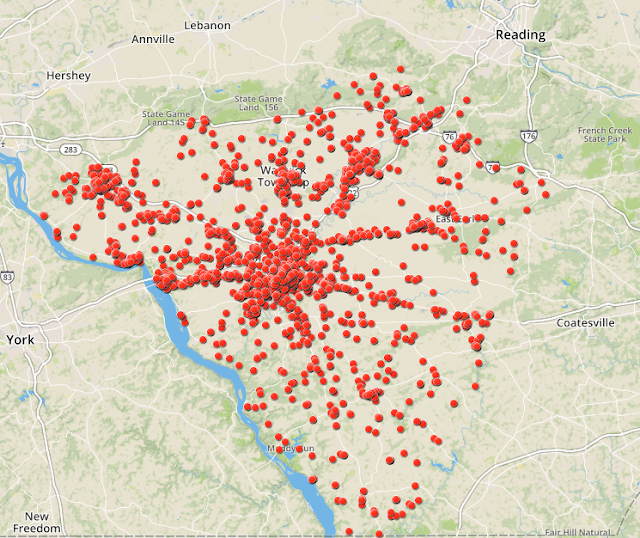 The map consists of Lancaster County-Wide Communications data, specifically emergency dispatches/responses to reported overdose incidents, from January 1, 2014 to November 1, 2016. It can be accessed HERE.

The map is presented as an awareness and prevention tool in the ongoing battle against the national heroin/opioid epidemic. The District Attorney’s Office has found through community meetings and forums that the county, as a whole, does not yet realize the epidemic has afflicted every town, borough, and region. The map provides visual evidence that drug abuse has impacted, almost literally, every neighborhood in Lancaster County.

The incident markings on the map are not categorized by incident severity or type of drug involved in the reported overdose incident. Overdose death incidents are not given distinguished markings. Additionally, it is very likely not all of these reports were in fact active overdose incidents when emergency responders arrived at the location.

The map was designed to deliberately exclude and protect the identities of those patients involved and their exact addresses. 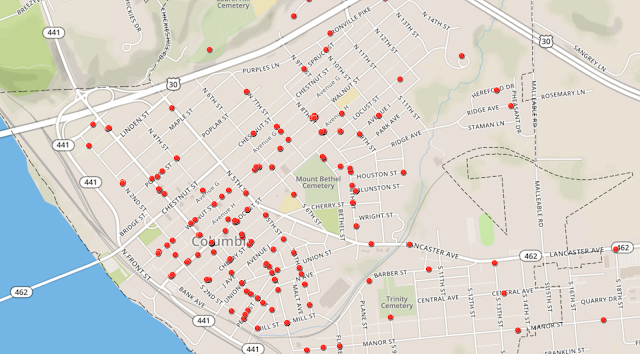 Many individuals worked on the concept, compilation and mapping of an estimated 2,500 incident points, most notably the Lancaster County GIS division, Lancaster County-Wide Communications, and Nicholas E. Good, a research intern at the District Attorney’s Office.

In moving forward, the map will be updated quarterly with new reports.