Borough council heard proposals from three market manager candidates at a special meeting Monday, September 26. Renee Sears, Beth Troxell, and Chris Vera answered questions from council and borough consultant Rebecca Denlinger about their respective plans for the Columbia Historic Market House, if hired. Troxell previously submitted a written proposal to council, which is published with this article. Vera gave a power point proposal at the meeting. His proposal was also posted on Columbia Spy HERE. Both Sears and Troxell managed the market house previously. Vera is president of the Columbia Historic Preservation Society. Teresa Allen has managed the market house since Troxell's resignation earlier this year.

At the conclusion of the interviews, Borough Manager Greg Sahd announced that council would not make a decision that evening. Instead, a decision will be made later at a public forum. If council does not choose one of the three candidates, the opening could be reposted to invite other applicants. 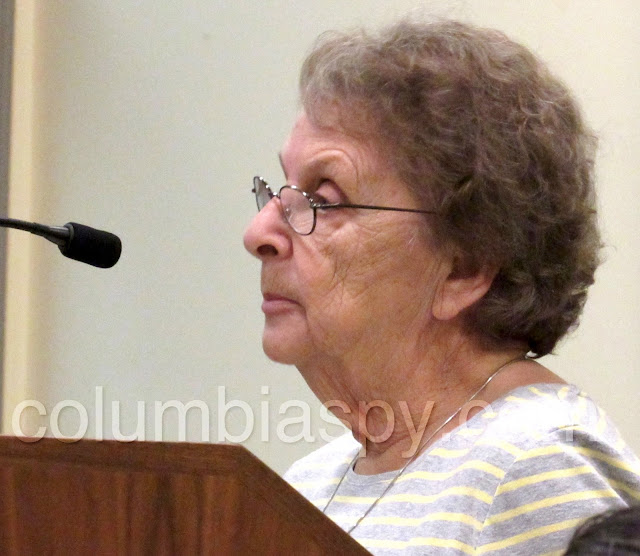 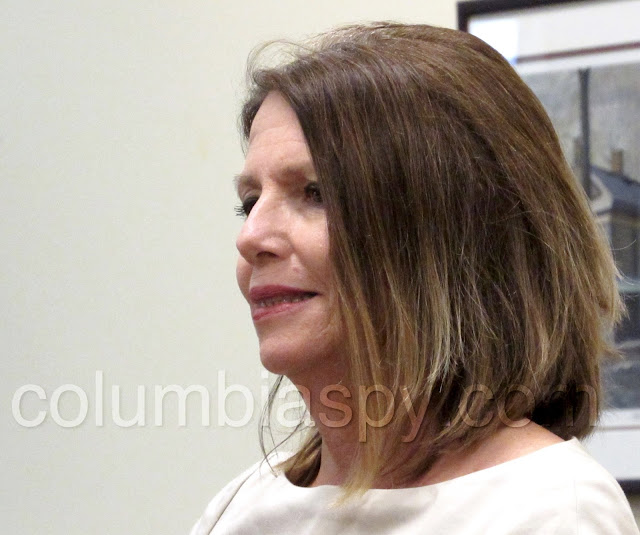 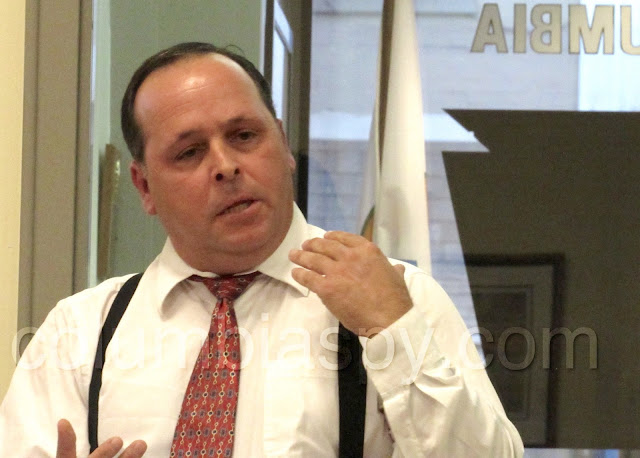 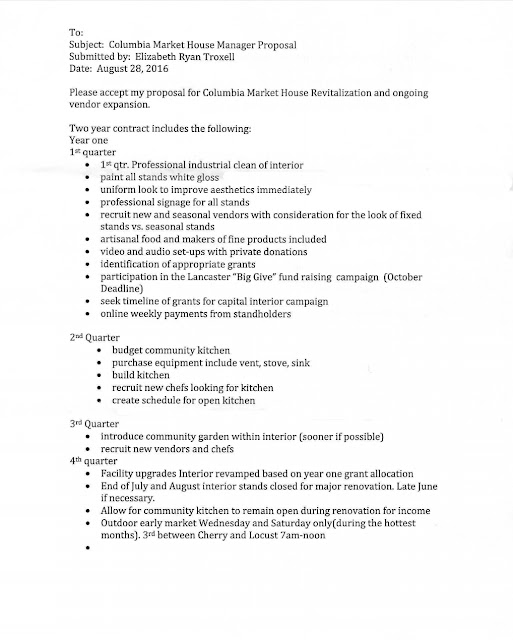 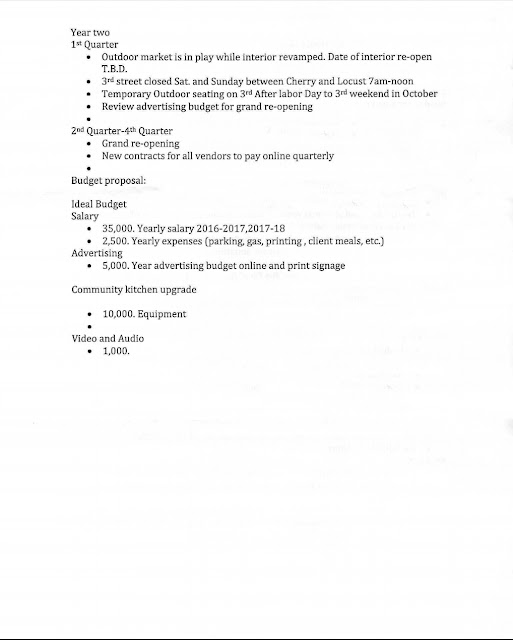