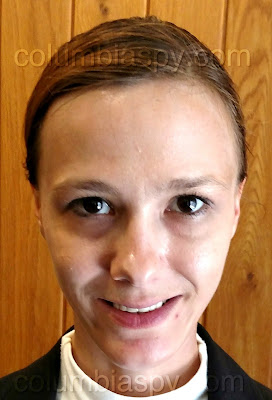 In July, a jury found Curry guilty of the charges which stem from a February 3, 2015 incident in the parking lot of the Columbia Plaza in Columbia, in which Curry shot Jamie Roland. Curry alleges that Roland, her sister Crystal Manfred, and Alicia McGowin charged at her "like a pack of wild animals." The diminutive Curry claims that she felt "outnumbered" and overpowered" by the larger women and said the shooting was an act of self-defense.

Assistant District Attorney Christopher Larsen said the shooting was racially motivated and justifies filing the charge of ethnic intimidation, a misdemeanor. Curry is white, and the other women are black.

"I'd have shot her if she was white," Curry declared at Tuesday's sentencing hearing. "Race had nothing to do with this."


Spahn told Curry that she "demonstrated zero remorse" for her actions. Larsen said she showed "not one expression of remorse." Curry told Spahn, "Your honor, only guilty people show remorse. I'm not guilty."

Curry's defense attorney, Samuel Stretton, asked for leniency in sentencing, citing her lack of a prior record and history of abuse by her ex-husband. He said she has been a prisoner in her own house out of fear. Curry began to cry when talking about the severe abuse she has suffered at the hands of her ex-husband. She also said she never thought in a million years that she'd be in prison.

"I now throw Miss Curry on the mercy of the court," Stretton said in conclusion.
Roland was not present to make a victim's impact statement.

On September 8, Curry filed for an emergency motion for a new trial based on after-discovered evidence, alleging the prosecution withheld evidence from the defense - a potential Brady Rule violation. A hearing was held on October 5, but Spahn denied the motion on October 6.

Spahn also denied the use of "stand your ground" and reportedly disallowed certain evidence from the scene. 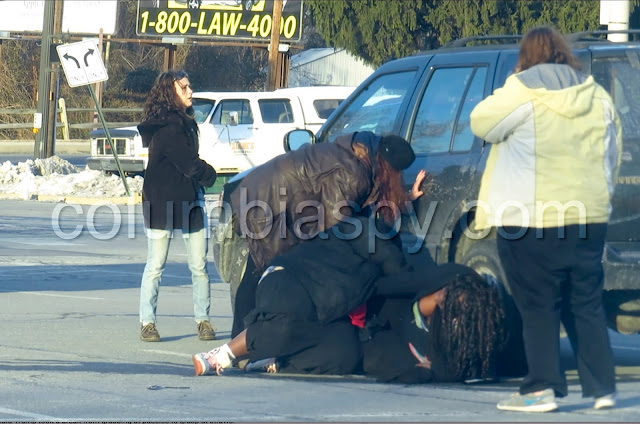 This screenshot from a video shot by Columbia Spy staff on February 3, 2015 in the Columbia Plaza shows the immediate aftermath of the shooting. Ashley Curry is standing far left and Jamie Roland is lying next to the rear wheel of the vehicle.