Aquaponics for the market house to cost $96,500 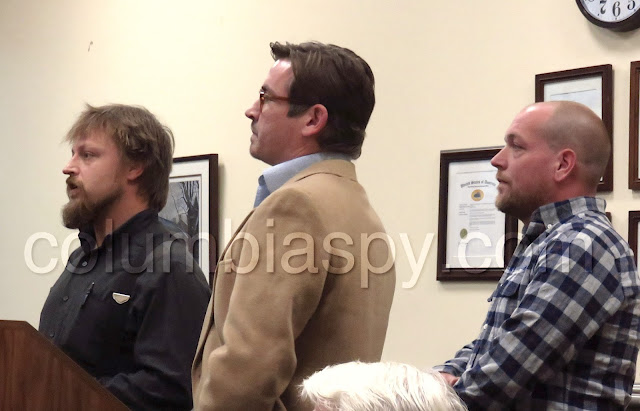 Industrial Designer Robert Irwin and two associates presented a proposal to borough council Monday night for an aquaponics operation in the market house. Aquaponics is a system combining conventional aquaculture (raising fish in tanks) with hydroponics (cultivating plants in water) with the aim of selling fish and produce year-round. They are asking the borough to invest $96,500 for the project.

The operation would consist of a market kiosk that would act as an automated farm for year-round produce sales. The crew would build and operate the system for the borough. From construction to operation will take about eight weeks. For example, using January 1 as the start date, the enterprise could be up and running by the middle of February, with a few additional weeks to get plants and fish operational. The proposal includes estimates of 3200 plants produced per year (10-11 harvests per year) and 500 pounds of fish per year.

Irwin suggested that once the project is operational, an agreement - possibly for five or more years - could be worked out. The plan is to use the kiosk as an "educational platform for the borough" with headquarters at the borough farm. During the winter months, the system would need to be kept above freezing.

The cost estimate shown below is good until the end of November. Irwin and his associates told council that they want to share liability with the borough and are not interested in taking a loan out for the enterprise. He explained that they did not seek private funding or investors. When questioned about the figures he presented (number of plants, etc.) Irwin said he has "no idea" if they are accurate.  He described the proposed financial arrangement as a business loan that gets paid back to the borough through a return on investment, with a projected 28-month payback time. 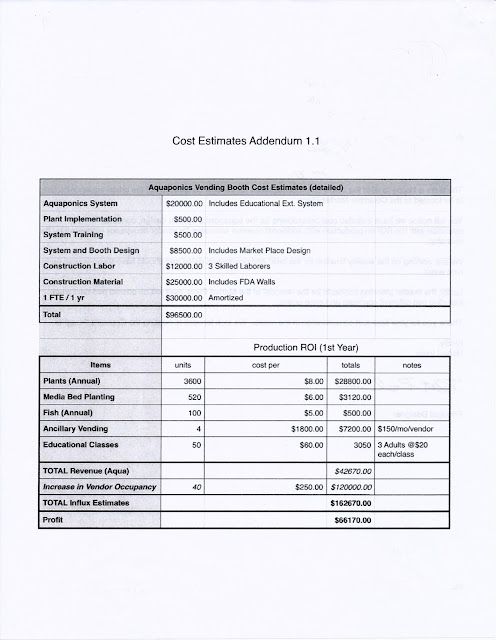 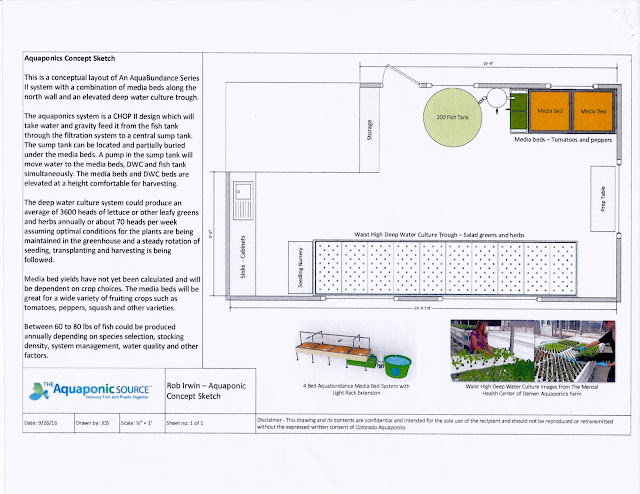