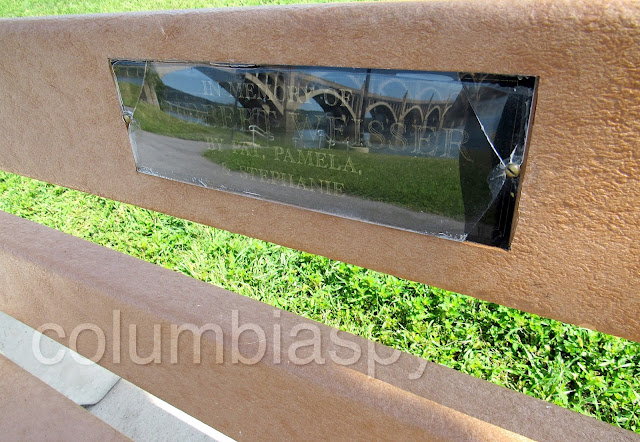 Many birds high on a wire 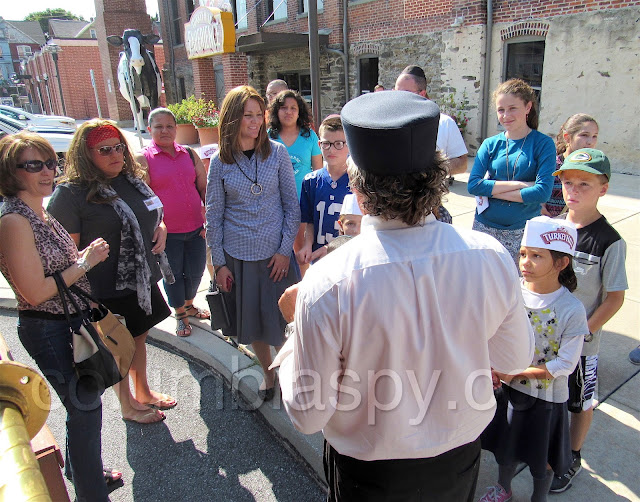 Many dollars deep in a hole.
The trolley was a grand experiment, but outlays and revenues didn't match - by far - despite the presence of the affable Andre Underhill (foreground), owner, driver and tour guide. Andre's wife, Kelly (far left), is co-owner of Rivertowne Trolley Co., LLC. 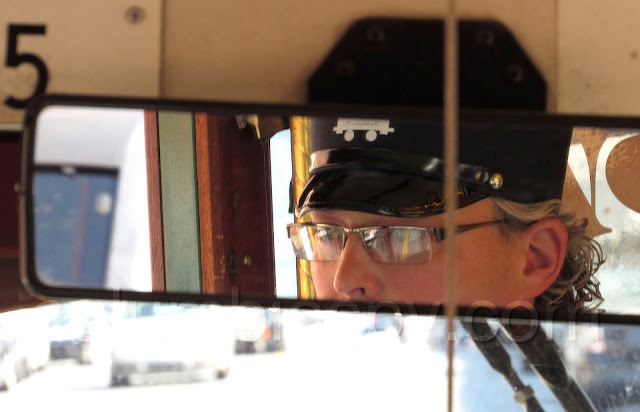 But no worries, Andre will return with the trolley this coming Saturday, October 8, for Albatwitch Day in Columbia. Funding will be provided exclusively by passengers. 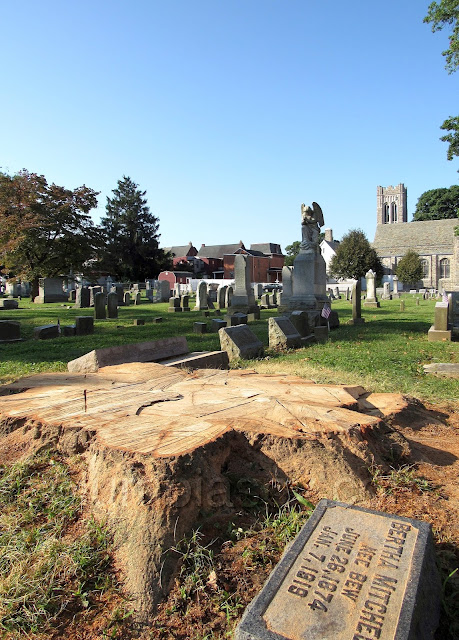 Some big trees were cut down at Mount Bethel Cemetery - and needed to be - due to falling branches. 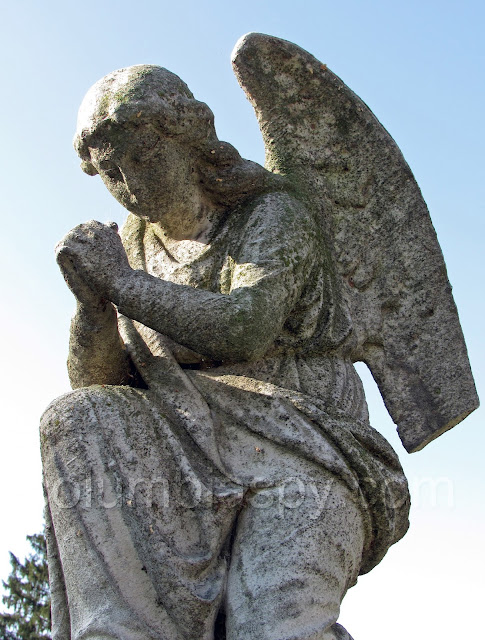 The Weeping Angel is safe once again.
(Note the wing that was reportedly damaged by a falling branch.) 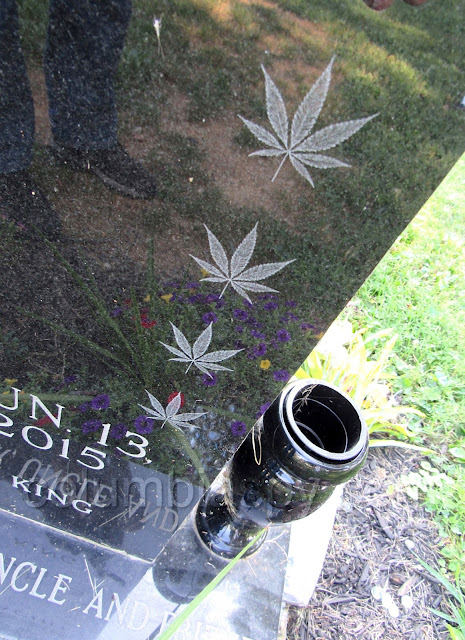 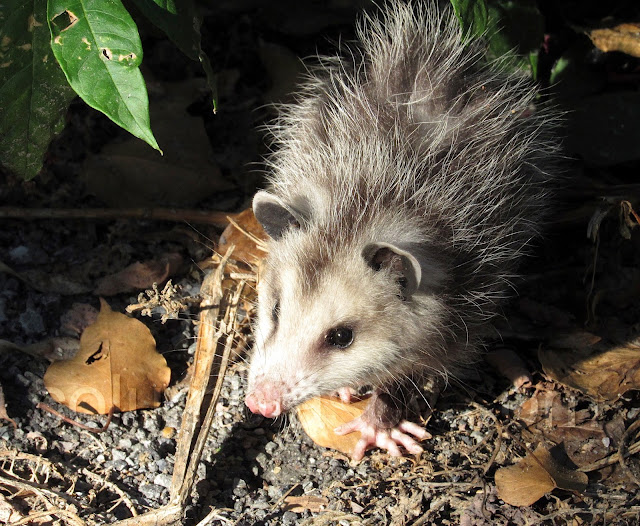 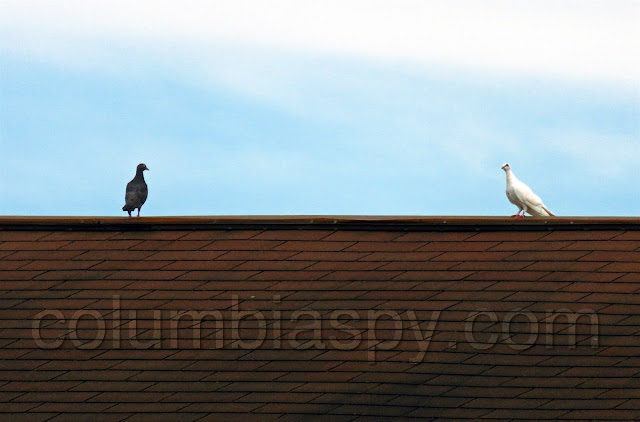 "Can't we all just get along?" 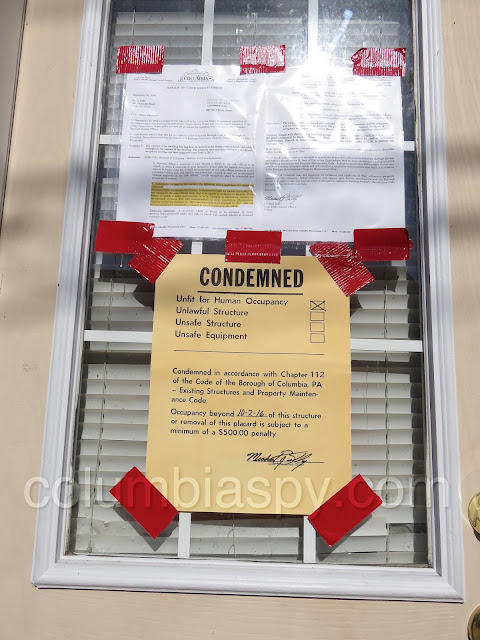 Another condemned building, this one at 337 Cherry Street 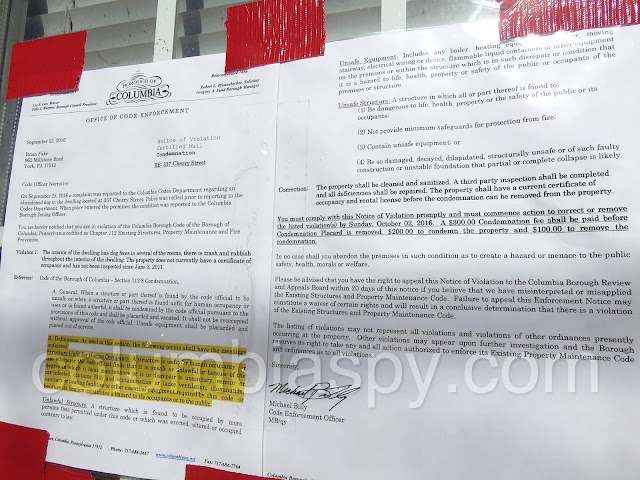 "Dog feces in several of the rooms" -  yuck! 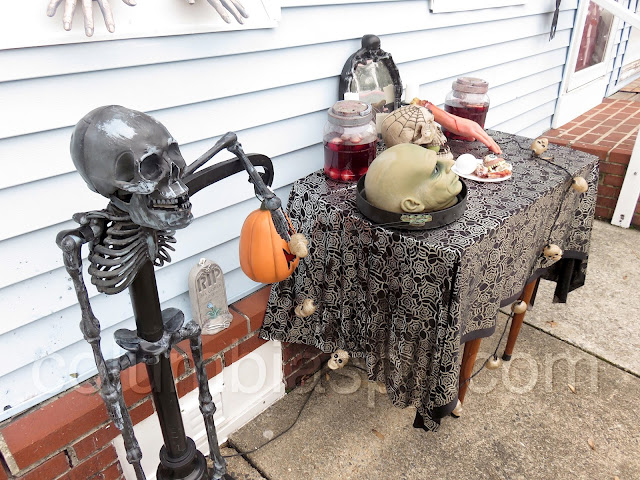 It's beginning to look a lot like . . .  Halloween - on Bethel Street 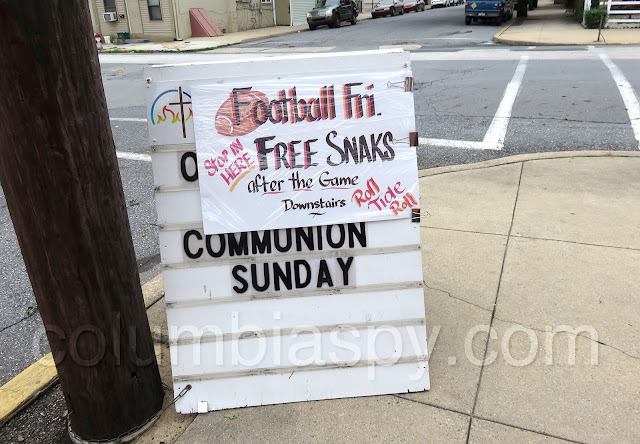 "After the game" snacks at Columbia First Church of God, 7th and Walnut. 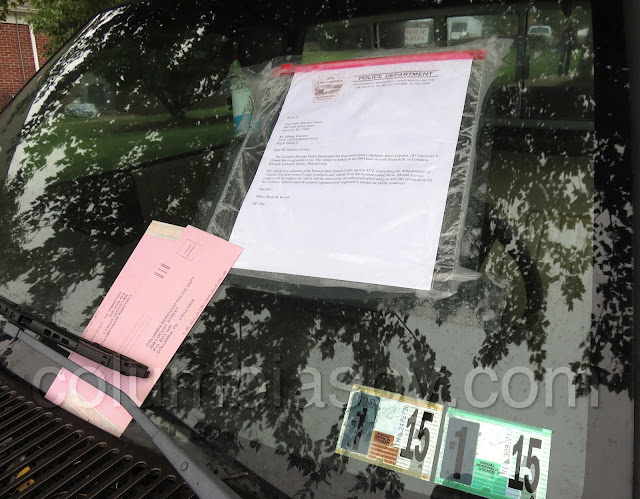 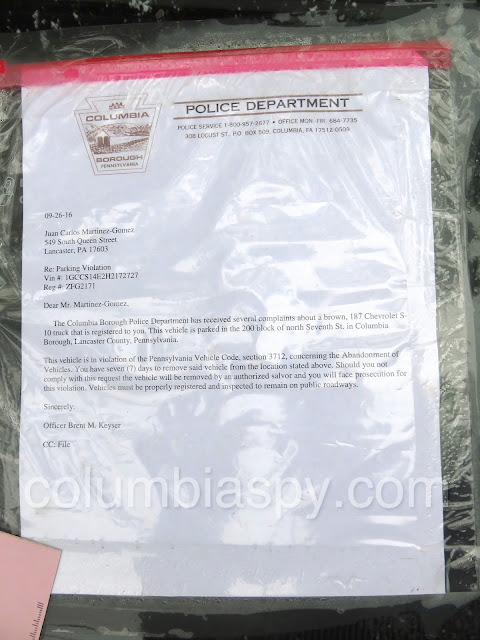 The owner lives in Lancaster. 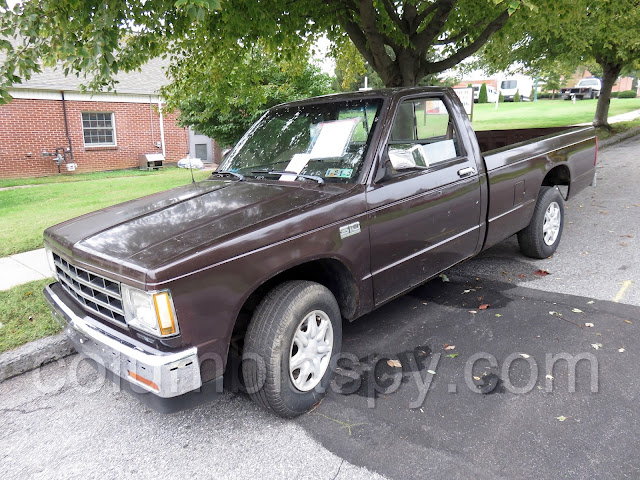 The truck's been sitting on North 7th for a while. 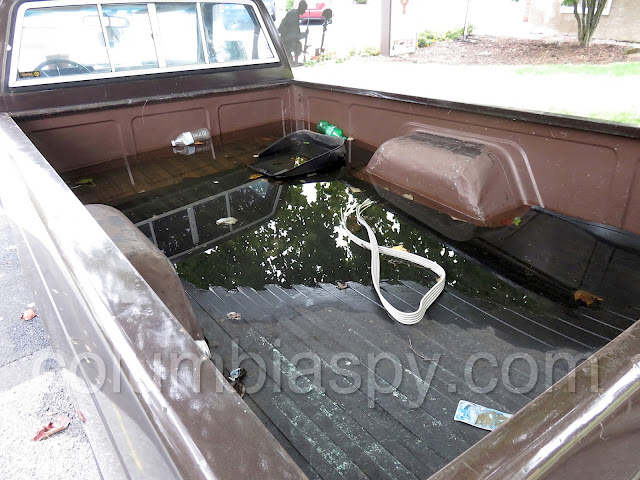 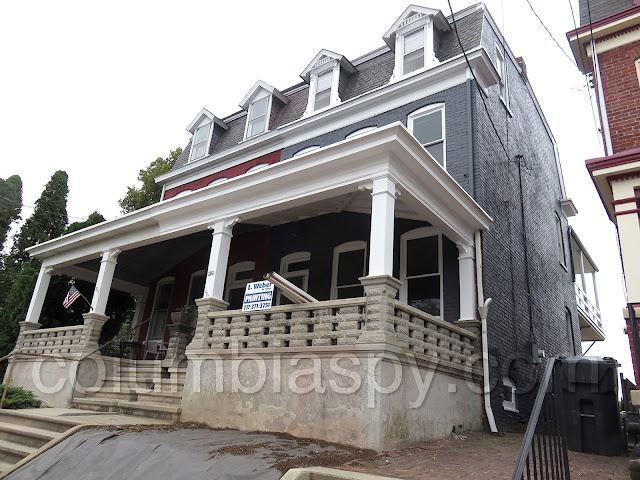 This property on North 7th is on the blighted list but should probably be taken off, since the owner is taking steps to bring it up to par.
Painting by L Weber & Son Painting 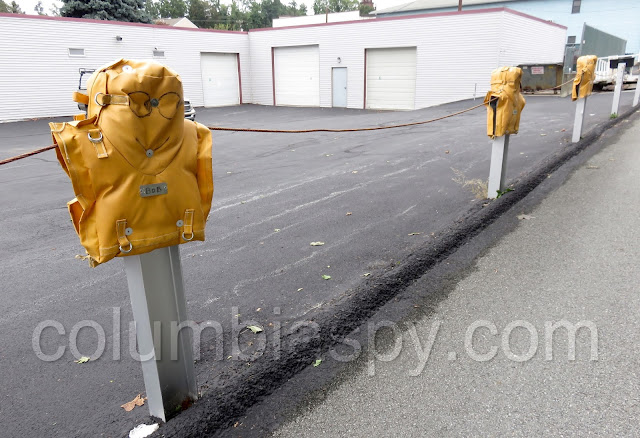 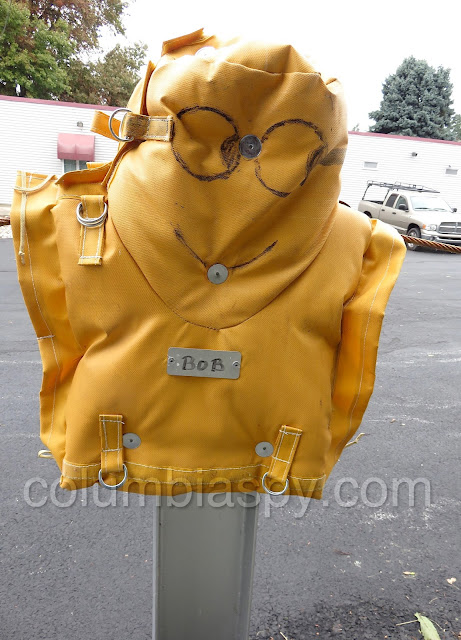 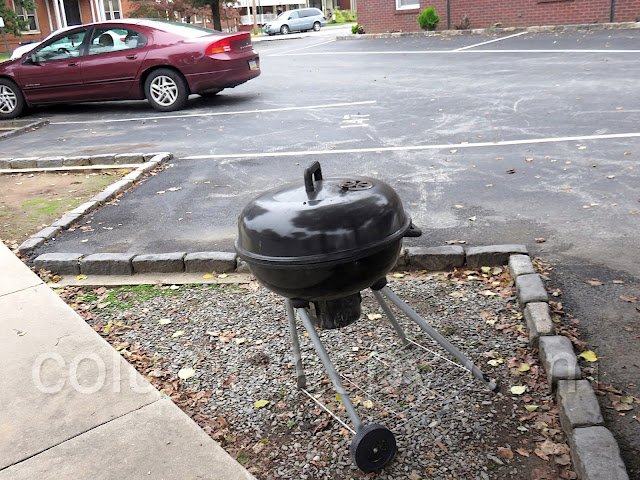 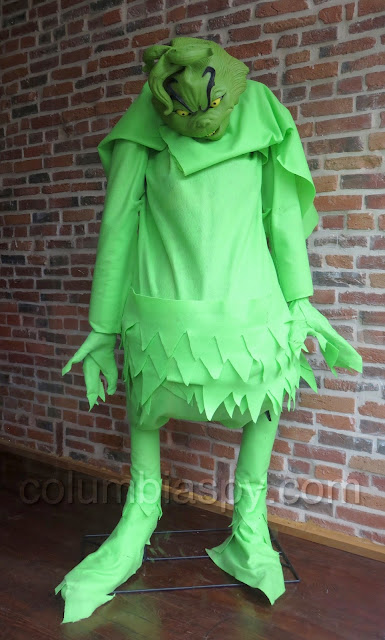 The Grinch is back to his abnormal self, after changing into Trump and then Hillary. 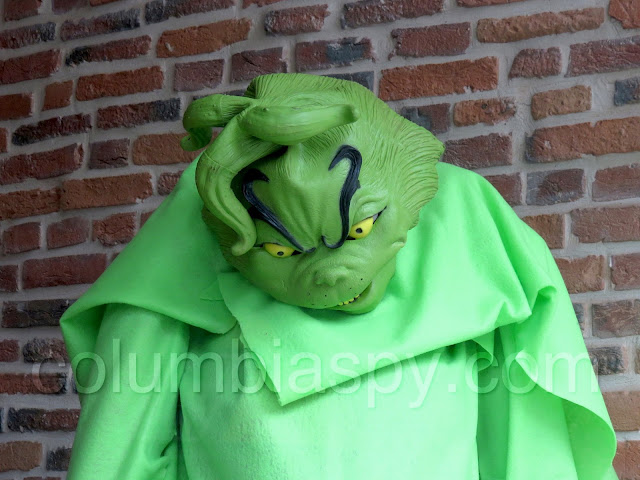 He might actually be the best candidate of all. 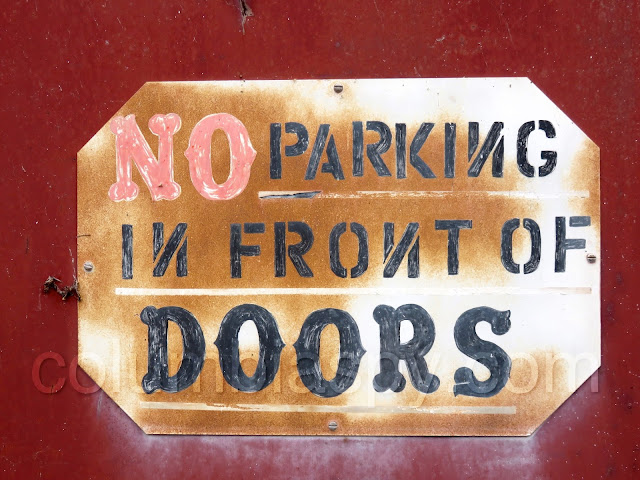 Do what now?
A few of those letters aren't even in the alphabet. 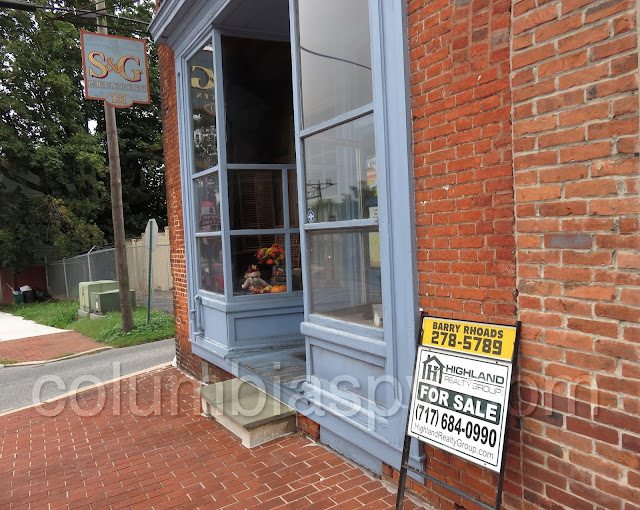 This one's for sale, too. 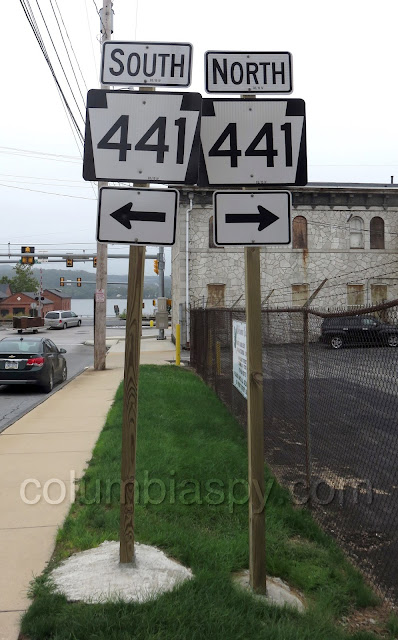 These signs seem to be getting close. 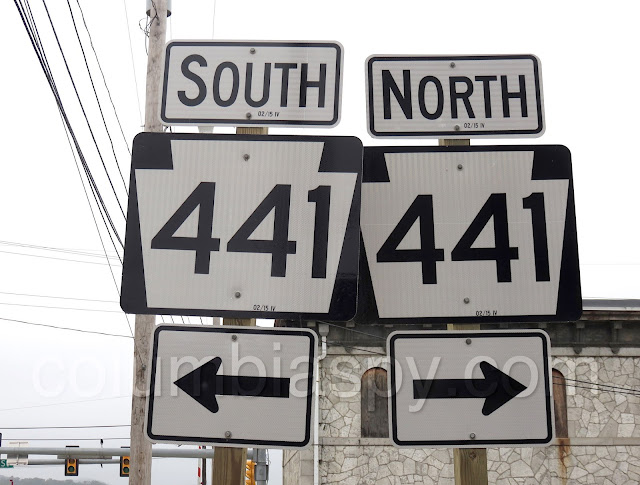 There's nothing like togetherness.
Posted by Joe Lintner at 7:35 PM