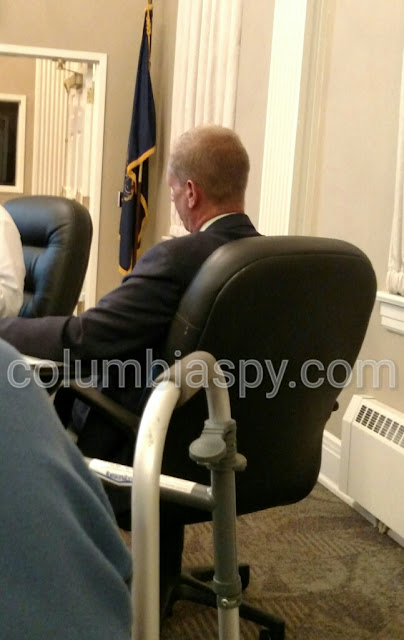 At tonight's Columbia Borough School Board Committee of the Whole meeting, two candidates were interviewed for the still vacant board seat.

In addition, Board President Cole Knighton announced that another board resignation was submitted today. The name was not announced as the board has not officially accepted the resignation as yet.

Candidates Iris Garrido and Barry Ford answered questions from board members during simultaneous interviews. Garrido ran against Fran Resch in a recent election. Resch resigned in May of this year. Ford resigned from borough council in May due to health reasons.

At the conclusion of the interview there was confusion as to whether a vote could be taken at the meeting. Superintendent Robert Hollister said he thought the position had not been advertised correctly and advised the board to err on the side of caution and delay a vote until next week at the regular board meeting.

Three board members absent from the meeting - Ms. Mattern, Ms. Anspach, and Mr. Lutz - will need to abstain when the vote is taken, according to Hollister.