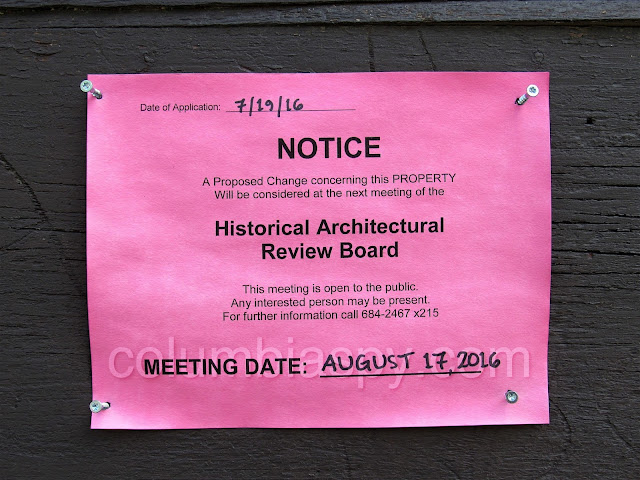 Following is the Historical Architectural Review Board's review of, and recommendation for, Samuel and Cynthia Bigler's request to demolish their fire-damaged building on the 400 block of Avenue G. The issue was heard at the board's August 17 meeting, in which the Biglers stated the case for demolition. 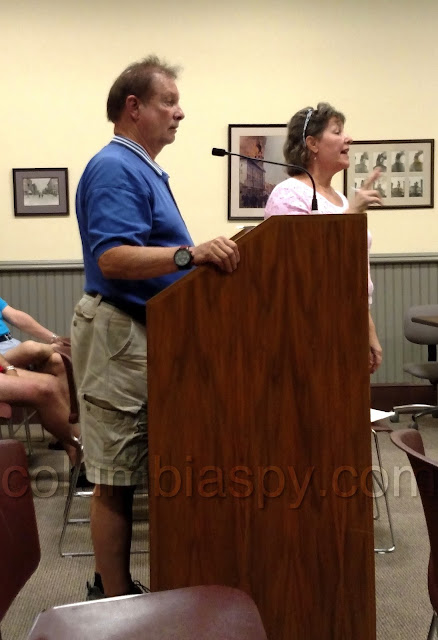 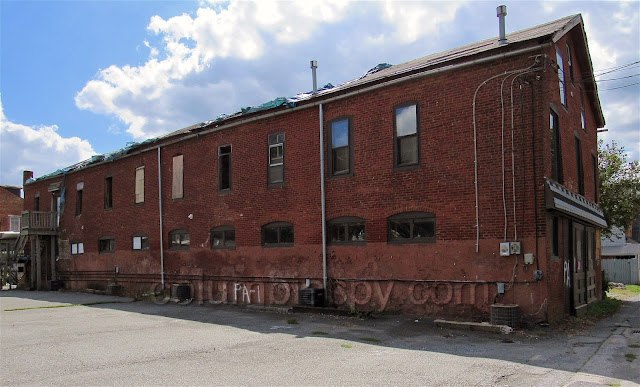 The property on the 400 block of Avenue G

The brick structure, once a livery stable, was condemned in June 2015 and suffered a fire the following September.

No existing building within the historic district shall be demolished in whole or in part unless there are no reasonable alternatives available and unless one or more of the following standards is satisfied in the judgment of borough council after considering recommendation of HARB:

1) The building does not contribute to the historical or architectural significance of the historic district as determined by HARB and in accordance with national register criteria.

2) The applicant proves by credible evidence that no reasonable beneficial use of the building is possible and such situation is not the result of intentional neglect by the current owner.

3) The applicant proves by credible evidence that denial of demolition would result in unreasonable economic hardship to the owner which hardship was not self created. 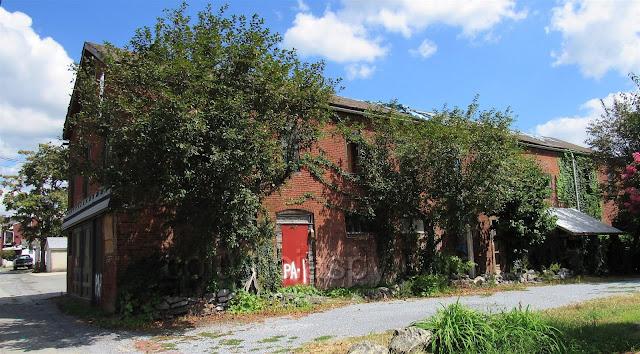 Another view of the Bigler property on Avenue G

Samuel Bigler laid out the costs of restoring the building, based on an assessment by a restoration company and by three engineers, two of whom specialize in older buildings. Costs include the following:

2) Determining the condition of the foundation after a million gallons of water ran into the base of the building.

3) Bringing the building up to current building standards, which includes installing a sprinkler system.

According to Bigler the cost breakdown is as follows:

He said he had received $308,000 from his insurance company, because the building was a "total loss," as determined by three engineers.

Board member Elaine Beckley asked what prompted a specific inspection done on July 2015 prior to the fire.

Bigler replied that brick had been replaced at a side entry leading to the second floor due to damage sustained from an attempted break-in. He said layers of brick are three courses thick in some places and two courses thick in others, causing an illusion of bulging.  He added that former code officer Robert Osborne noticed the irregularity and asked the borough engineer to inspect the building to determine the cause. According to Bigler, Osborne then condemned the building and told residents they had to move out.

A board member questioned the condemnation of the building prior to the fire when tenants were still living in the building. Jeff Helm, code officer and building inspector, said the condemnation was "modified" based on an engineer's assessment. The assessment allowed tenants to remain, provided the interior structure was resupported at and inside exterior walls, and that repairs were done to any delamination of outside brick.

Helm explained it was the supposition of borough's engineer to preventatively condemn the property to notify everyone about a building issue needing to be investigated by a structural engineer. The fire occurred before the engineer's examination.

Beckley questioned where the Biglers' concern was about issues with the building over the past year, noting torn, weathered roof tarps and open windows.

Bigler said, "We've known for sometime that the building is a total loss." He denied that the windows were open.

Cynthia Bigler said, "It sounds like you're saying we didn't really care about this building. This building is one of our larger investments. We've cared about this building for more than 20 years. Anytime we had any issues with anything they were addressed. We have this building, that now we don't have. We had $800 times five per month. That property was up kept."

Helm added that the tenants were good, with no disruptive conduct.

Beckley said that it's not a tenant issue but rather a building structure and maintenance issue.

Cynthia Bigler said, "You're trying to tell us that for all these years we did not take care of that building, and you are 100% wrong."

A resident at the meeting said that neighbors noted windows open for months after the fire, with tarps in tatters. The Biglers said a safety factor existed in trying to enter the building at that point.

Mrs. Bigler said, "I feel very sad that you are attacking us."

Board member Amy Evans asked if there had been any attempt to market as is. Bigler replied, "Several realtors looked at it, and most recently a real estate broker looked at it and recommended getting it down to the concrete slab as soon as possible, and then he thinks he could market that lot. He told me nobody's going to buy it the way it is."

The board made a motion, with a second, for a certificate of appropriateness for demolition of 421/423 Avenue G. 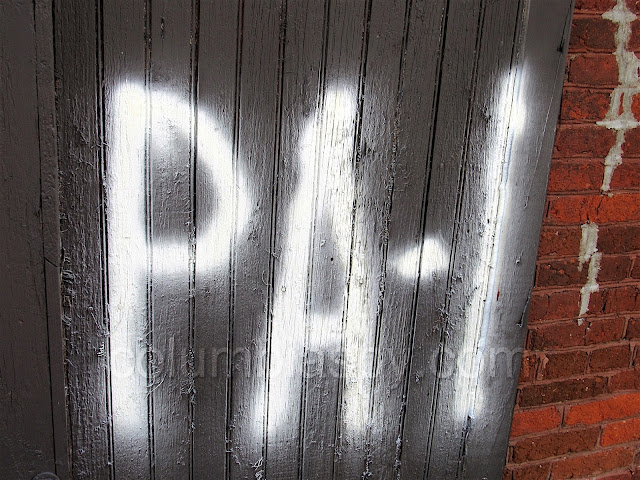 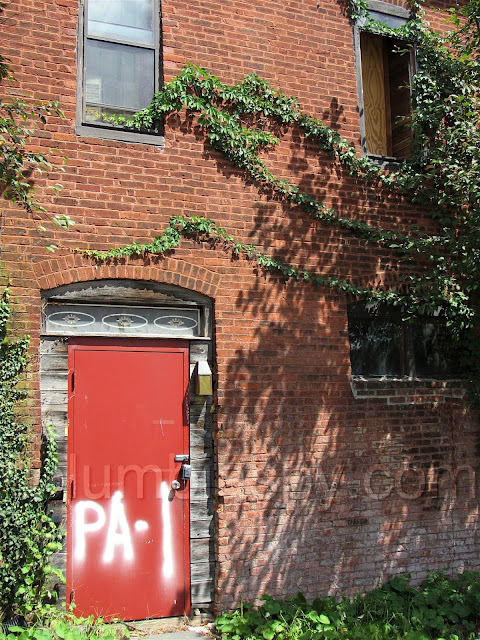 At the borough's April 2016 finance committee meeting, Cynthia Bigler appealed an invoice from the borough for $597.28 for an inspection of the property. The request was denied at the May 9 borough council meeting. As of March 31 of this year, the Biglers had an open invoice with the borough in the amount of $51,808, mostly for costs incurred for their Locust Street property, which was thought to be in danger of collapse last summer.
Posted by Joe Lintner at 10:35 AM

Something stinks about all of this!!

If they got $300,000 from insurance, they can pay what they owe.They keep on crying poor mouth. To me ,they are like slumlords, take the rent money, and do very little to maintain their properties. Come on borough, do not listen to their sob stories.

If I remember correctly, I believe when Bigler first proposed this project, he had problems getting this thru zoning.T hey are trying to pull the wool over the borough's eye. He owes the taxpayers $51,000.Pay up!

The boro wants the Biglers to pay that Flagger Force bill when they were hired to close off Locust St. Yet in the months since that incident - the boro has closed off Locust street several times (car show, antique show, beer fest, etc) - yet didn't employ Flagger Force. Why the double standard?

There's a lot that could factor into this, like if they still have a mortgage on the property. That would have to be paid and if they no longer have a mortgage then taxes for this past year would also have to be paid. It's all a bit confusing, but the simple version is that they might just be happy to take the money and run! Plus sell the ground once the building is demolished.

Remember,those listed events were only a few hour only and fire police handled them, but the Bigler was a 24/7, until all the precautions were made. It was probably hard to get the fire police to be on duty all that time. Remember, they are volunteers that have jobs also. They do a great job when called for duty.

They didn't need fire police. The borough owns barricades and road closed signs. I don't see the fire police or flagger force out when a pipeline is being replaced or roads being repaved. Double standard. But what else is new?

All flagger force did was set up barricades, anyhow. Why they were needed is still beyond me.


So they get a go ahead to demolish the building. Council you have failed the town. They should not be given this permission until they settle the bill on the Locust St property. And Mrs. Bigler is sad as she feels she is being attacked.

Mrs Bigler for upset because one of the Boro council implied the property wasn't kept up. That funny considering they have a property in Locust St that is slated to be torn down.

It's not a doubt standard. When the borough closes locust Street for those events, they get permission well in advance from the state.

I agree also, they did not need flagger force for that. Maybe fire police only after dark with flares or signs.

It seems like they have too many properties to maintain. When a person owns multiple large buildings, they need to hire a crew to maintain them.

You're surprised at councils decision? Get used to it... "It's a Columbia thing". They don't care about Columbia or its residents. They allowed the Drive-In Theater to be sold and demolished. Was historical and a perfect tourism attraction. AND it was thriving. Council doesn't care...

The drive-in was in West Hempfield.

And what were the chances that the drive-in could have afforded the conversion to digital?

Besides, private property rights are still kind of a thing. "Allowed it to be sold"? What an uninformed comment.

Just shows ignorance of the poster. Boro council has little to say about what happens in W. Hempfield. Just another hater.

Why would they do that? It costs money! They are slum lords not that its any of my business!!

Even if someone on council or a Columbia resident bought the drive in theater, it's still not in Columbia. I don't think we have to call the "poster" ignorant, that's a bit harsh. Not understanding how things like this work might be a little nicer.

The building can be saved and they have insurance money to save it. Allowing one of the few remaining vacant historic buildings in Columbia to be demolished is shameful.

Please explain why they get permission from the state? Is Locust Street a state road?

I can't believe how much time everyone spends on issues that you have no business being involved in. Nothing you say or do will change the outcome of this situation. Try to put all of your concerns and opinions to good use and get involved where you can.