3 birds with one stone - All in a day's work

Columbia River Park and Columbia Crossing were shut down today - and here's why:

Rholan Paving paved the lower section of Walnut Street, from the railroad tracks to the cul-de-sac, while Norfolk Southern and PennDOT worked on synchronizing traffic lights and barricades. Barricades have occasionally malfunctioned, lowering and lifting randomly. When they descend, traffic lights turn red in all four directions and stay that way, until the barricades lift and stabilize. Traffic lights also turn red in all directions when a train passes and the barricades operate properly. The situation has often caused confusion and chaos with impatient motorists who ignore the lights and drive through. Two sets of lights for traffic exiting the park reportedly change to red too quickly.

Today's attempts at improvement are shown in the photos below: 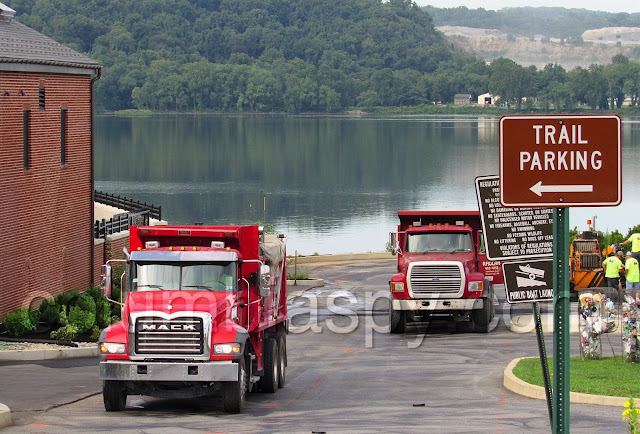 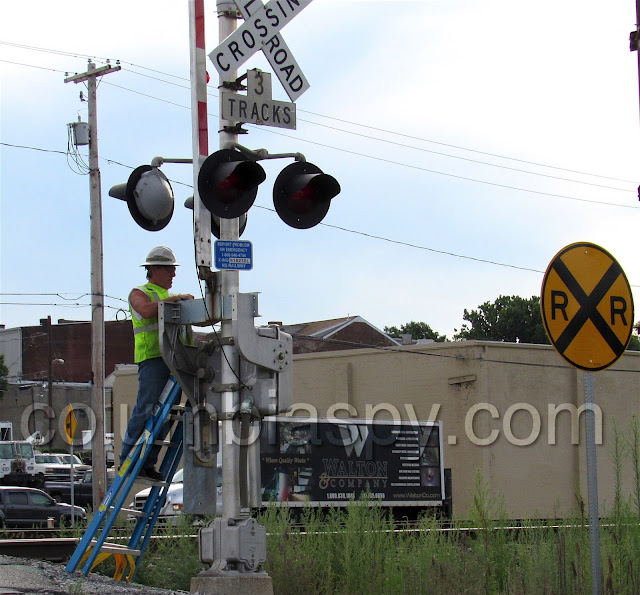 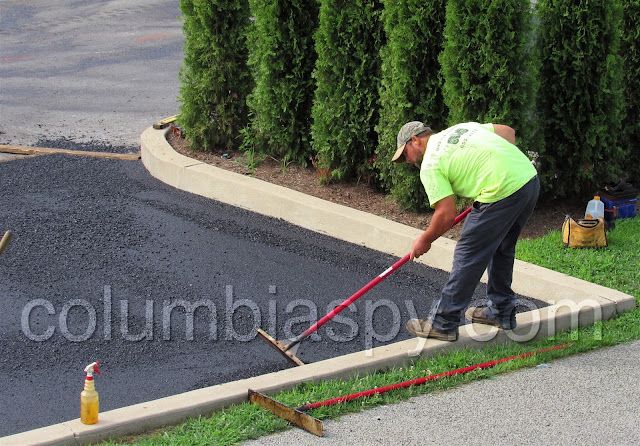 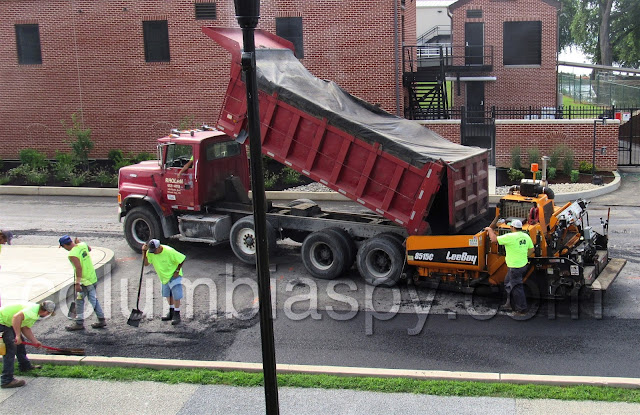 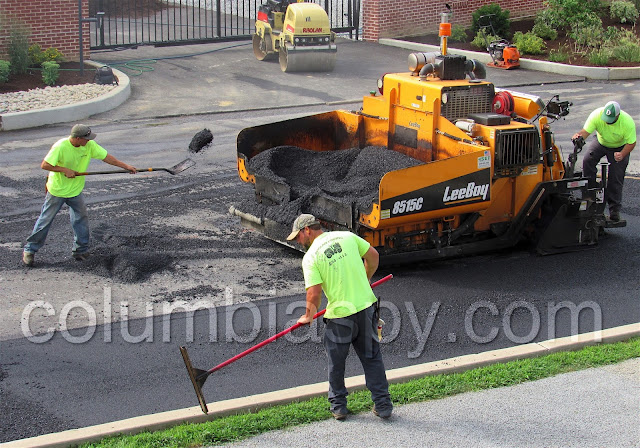 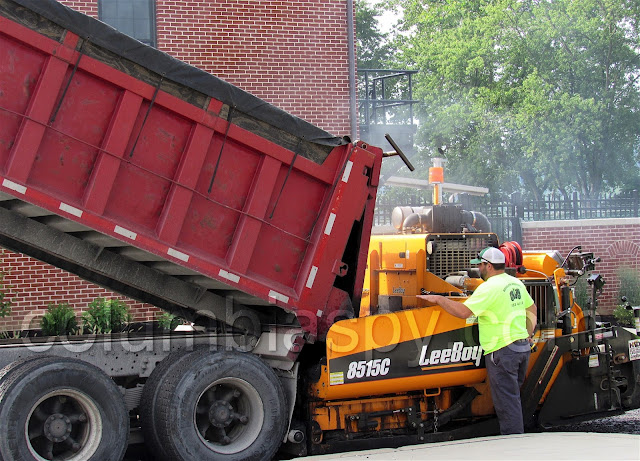 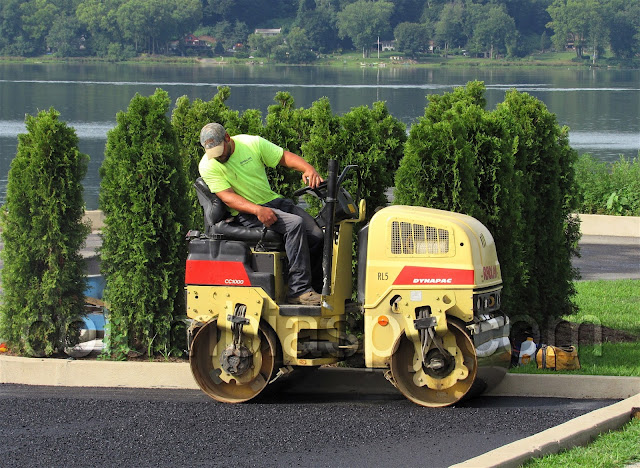 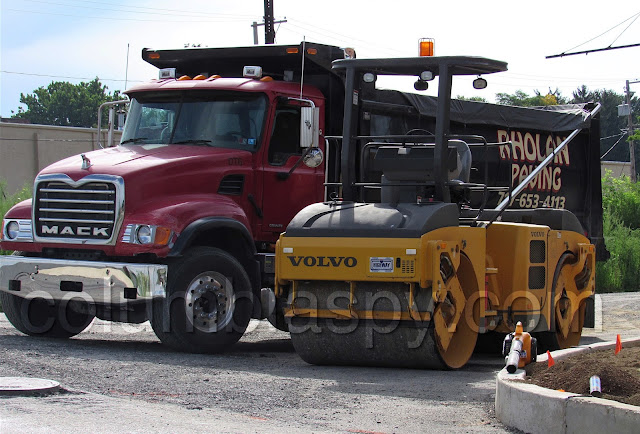 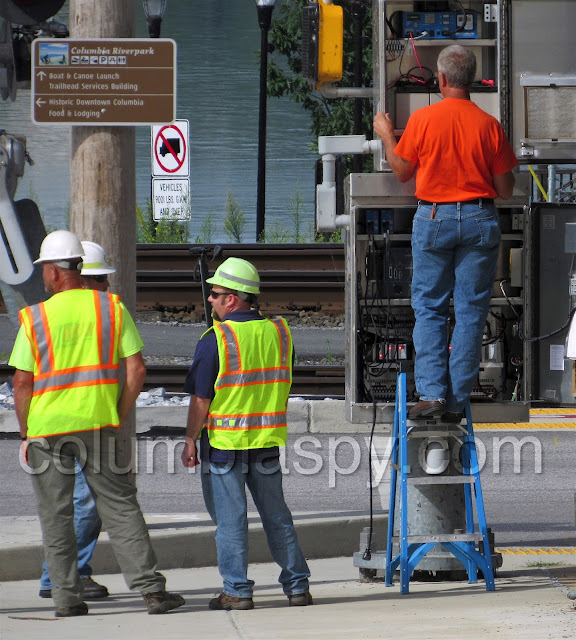 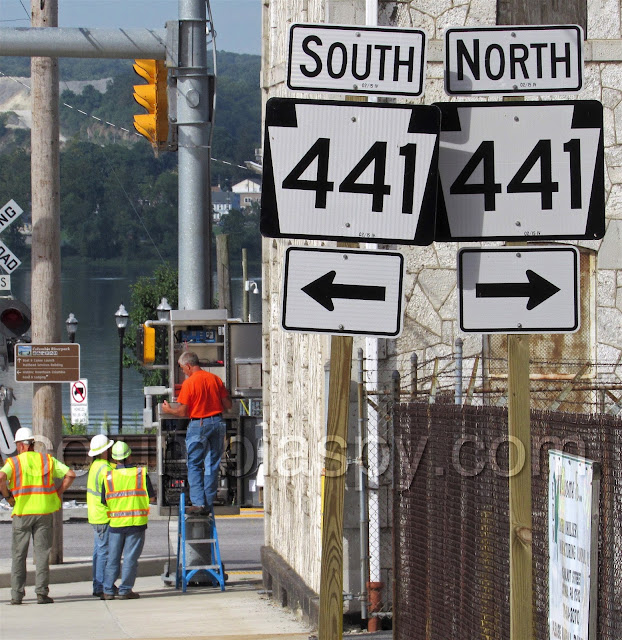 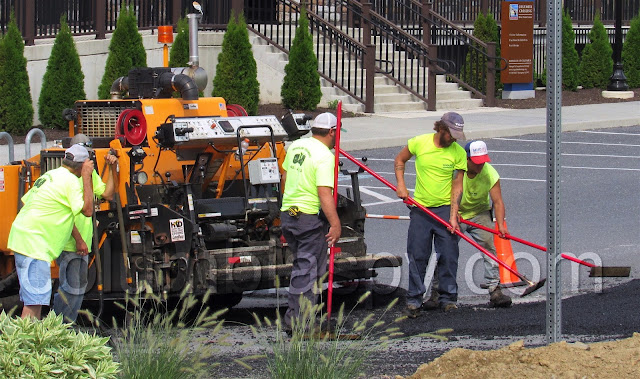 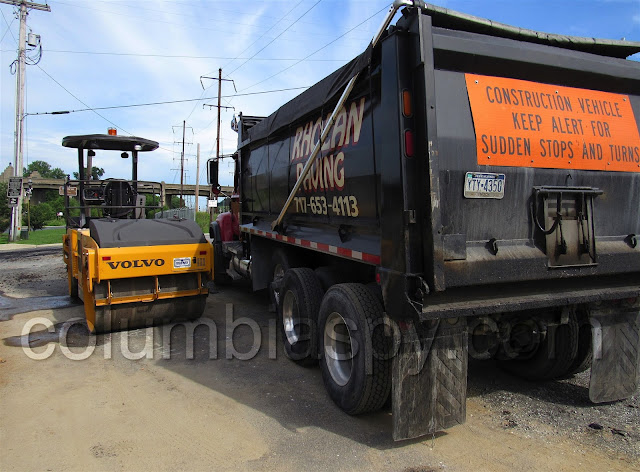 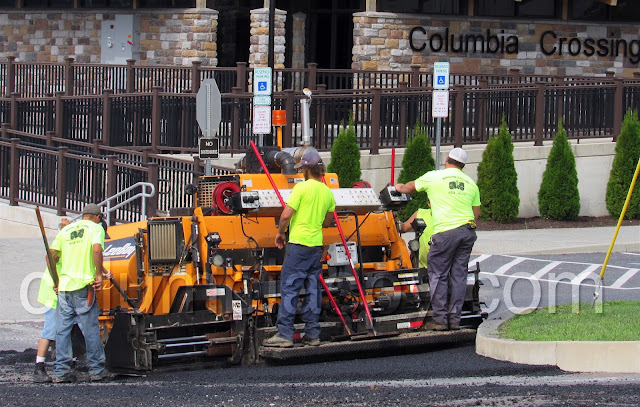 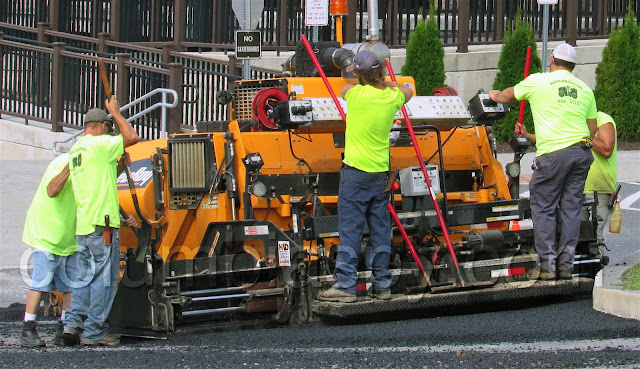 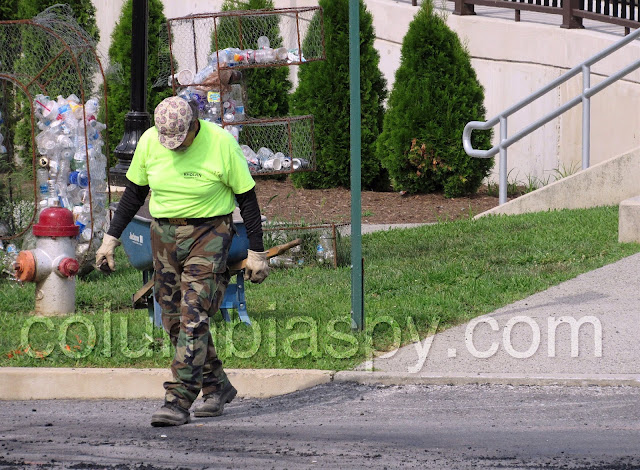 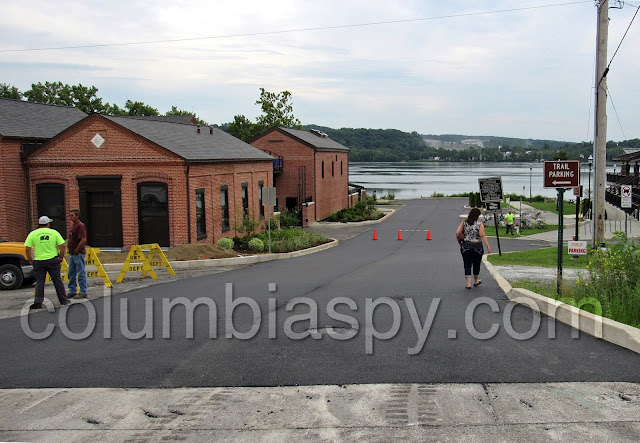 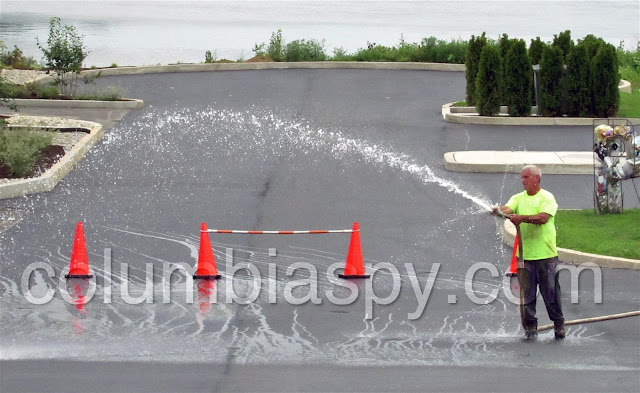 Does The Boro own paving equipment still???

Why is the borough employees down there? They dont have nothing to do with that project!

I am happy to see they reconfigured the traffic lights so they stay green for through traffic on Front Street when a train is passing by. Now only if they would install the illuminated no left turn or no right turn signs which would activate when a train is passing by so traffic does not back up behind someone waiting to make such a turn. Works very well at a similar crossing in Leola.

I do not see any borough employees.

You must be blind!

this is a deadly light. traffic backs up ION the rr tracks regularly. instead of people finishing their trek they stop ON the tracks. someone is going to get killed. seriously. and THEN you have the bikes crossing in the SAME area as the cars are TRYING to manueuver thru the light. sorry, i don't KNOW IF they can actually FIX this hazardous situation.

Actually, no I'm not blind. Please tell which ones are borough employees.

The only one I see is in the very last photo.

key words....could be. not sure if they could be. seems to me they have tried over and over again to get it right. still haven't. also, isn't there a speed limit for trains passing thru. that SHOULD be enforced. it's so unsafe. all of it. non locals stop constantly on the rr tracks. arm can come down and bam. then a train. splat.

There is a speed limit. It is enforced. You have no basis to conclude that it is unsafe.

And you based your statement on????

Documenting their speed? Laws are broken everyday.
Regulations,,, same deal.
Share your facts?
I observed that it is dangerous, care to join in and observe?

You observed it is dangerous? Again - what makes you the least bit qualified to make such a claim? Do you know the speed limits on those tracks? Are you qualified on operating rules for that section of railroad?

You do realize the railroad industry is highly regulated, and speeds are documented, tracked and recorded in real time with various GPS/wireless satellite up-links, on board event recorders, and sensors on trackside equipment? Just because you standing next to the tracks think it is "unsafe" does not make it so. Unless you have data to prove otherwise, you are just making more stuff up.

Mmm Common Sense does.
I've mentioned nothing made up, everyone is entitled to an opinion.
BTW Your qualifications are??
Curtain Time

Everyone is entitled to an opinion. Even the ignorant. You were the one that made the first accusation that the situation is unsafe. Burden of proof is on you. But you will dodge that responsibility and make cute little sayings like "curtain time" that you think make you look smart, but achieve the exact opposite result.

Have a great day.

Encore, Encore,,,,
The crossing is in my opinion Dangerous.