As Columbia Spy reported HERE, former Columbia School Board member Francis Resch resigned from the board effective May 31, 2016. According to LNP, Resch resigned for health reasons. His resignation letter to the board, however, alludes to additional reasons. The letter is published here with permission of the author. 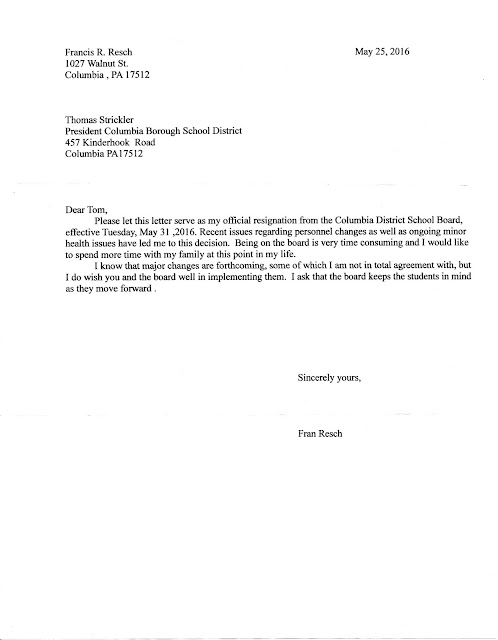 Mr. Resch has requested that the following comment be published:

"For the record I would like to say that health issues were not the main reason I resigned from the board.

However, I was disappointed that Iris Garrido was not chosen to fill my vacant position, since she had the 2nd highest number of votes in the Nov. election. She would have been a valuable asset to the board. Hopefully she will be considered for the current vacant position being advertised."