Go HERE to visit the website CityData.com which offers facts and figures about Columbia Borough.  The data appears to be accurate; the site often lists its sources and includes bar graphs comparing Columbia's figures with state averages. Unfortunately, the data is several years out of date. However, anyone following local trends over the past few years could estimate current figures with a fair degree of accuracy.

Following are examples of information found at the website: 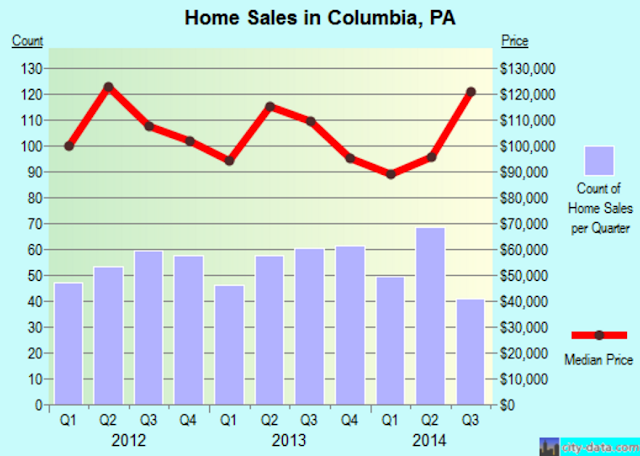 Columbia home sales from 2012 through the third quarter of 2014

Local government payroll as of March 2012