Emergency crews responded to the scene of a vehicle accident today at 5:17 p.m. on Lancaster Avenue, near the entrance to the Columbia Plaza. Reportedly, a motorcyclist traveling east on Lancaster Avenue collided with a westbound van that was turning left into the Plaza parking lot. The motorcycle hit the passenger side of the van near the rear wheel and spun into the opposing lane.  The cyclist was thrown about 50 feet from the point of impact before coming to rest in the westbound lane. The motorcycle's front wheel assembly broke off during the collision.

The female cyclist, who was wearing a full face helmet, was conscious at the scene and was treated by medical personnel before being transported by ambulance. The van, a Chrysler Town & Country LXi, sustained passenger side body damage and a rear driver's side flat tire.  The male driver of the van appeared to be uninjured. 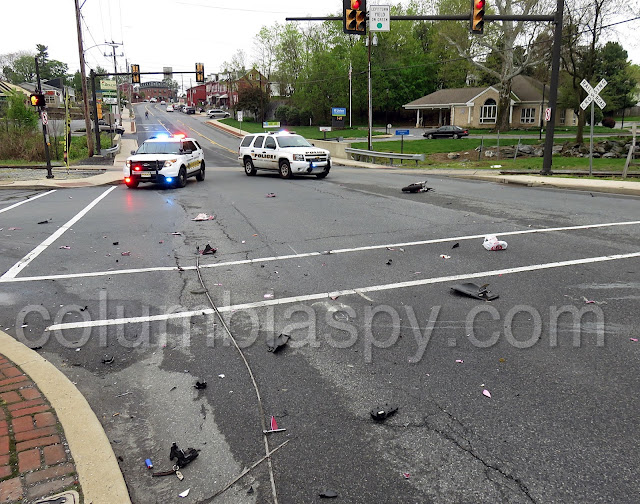 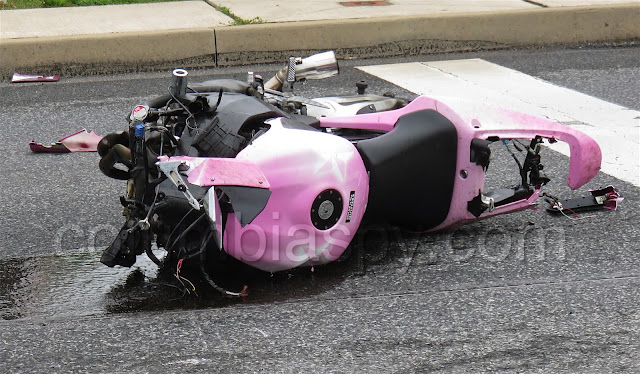 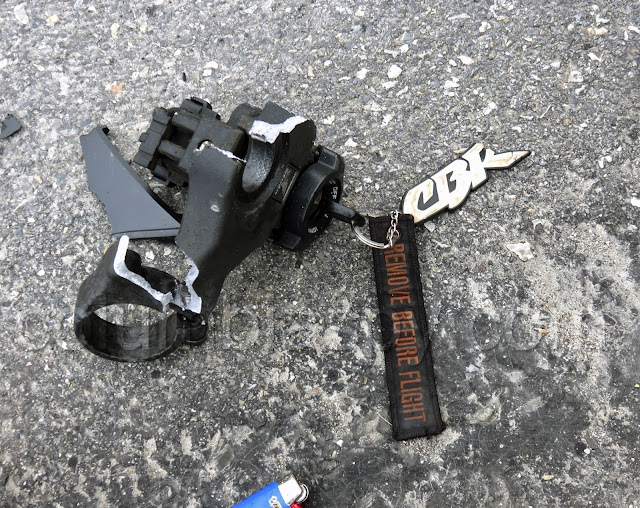 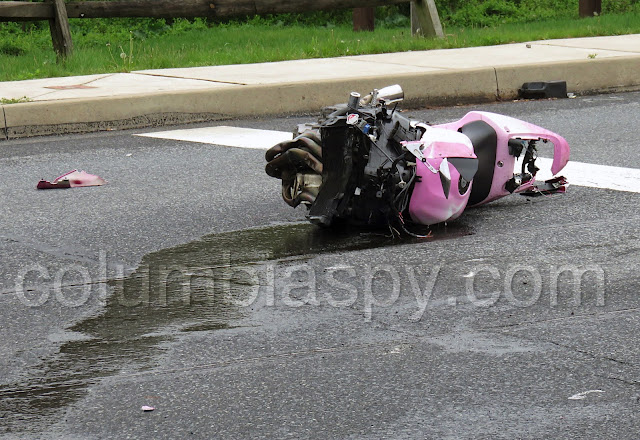 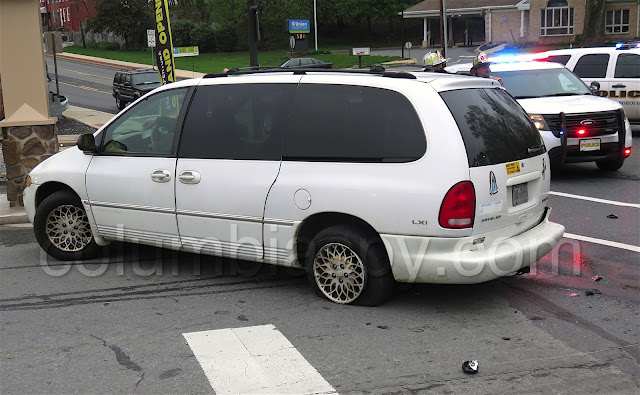 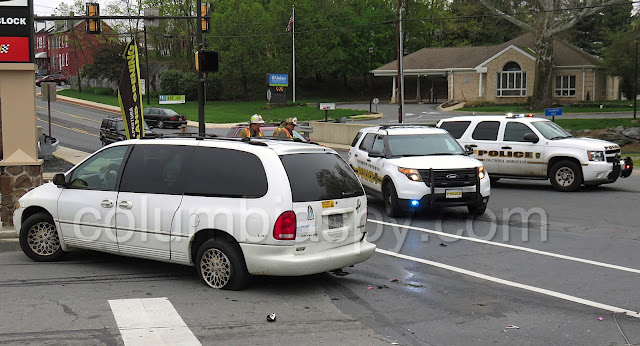 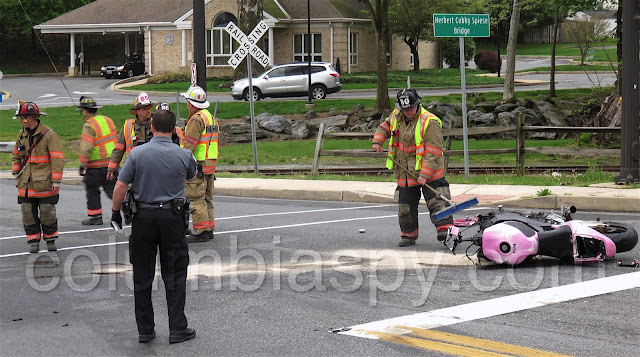 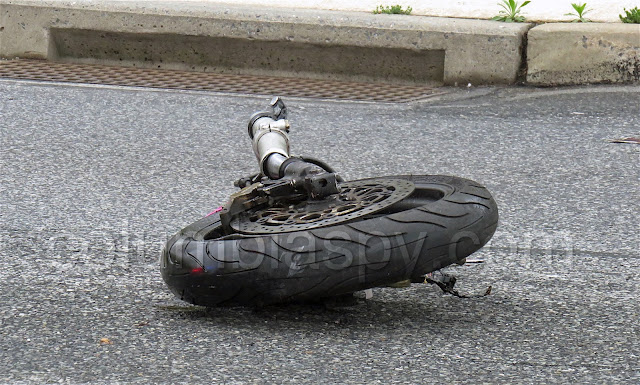 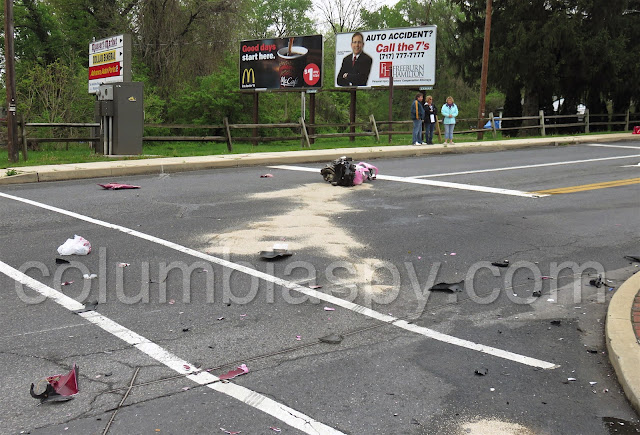 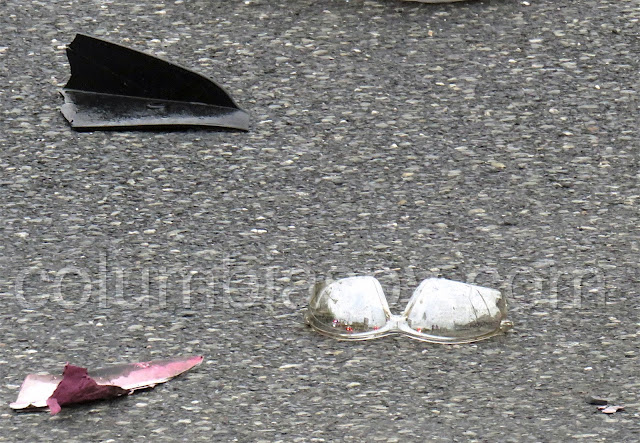 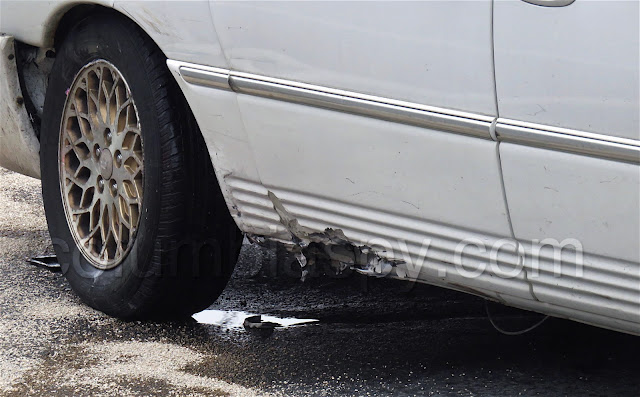 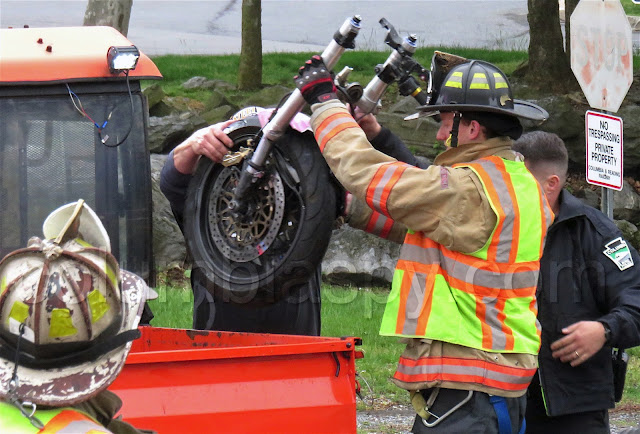