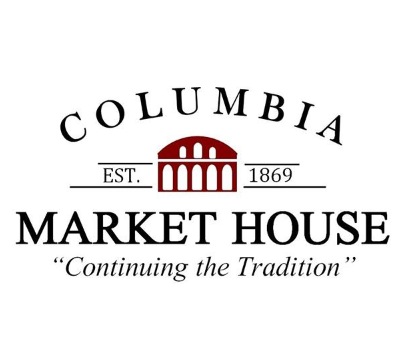 The Columbia Historic Market House Trust is being returned to the borough. Members have resigned, and a 90-day notice has been given.

Trust directors Jeanne Cooper and Kellan Kernisky made the announcement at Tuesday night's Property Committee meeting. The 90-day notice was originally stated in a May 5 letter to the borough. Several trust members have resigned, but four remain. The trust is not being dissolved, and the borough will need to decide its fate.

Council President Kelly Murphy offered three options:
1. Keep the trust, but get new members.
2. Hire a consultant.
3. Employ someone who works for borough under the guidance of a Market House Committee.

The borough will also need to evaluate an option for a Market House manager. Stephanie Weisser, property committee chair, said that everyone would need to apply for such a position, including current manager Teresa Allen. Weisser presented a proposal letter to Cooper from former Market House Manager Beth Troxell regarding the position. Weisser also mentioned the need for an advisory board to move to the next stage. Cooper and Kernisky offered their help during the transition.

At the request of the Property Committee, trust members will still hold monthly meetings and send minutes to the borough during the 90-day period. Members will also attend the June 13 full council meeting when the matter is brought forward for discussion.

I believe the best solution is to hire a manager would be based by commission on obtaining and holding onto stands.Council should meet with the standholders for imput. Council should also have a public meeting for imput .If decisions are made fort the Market House,the residents will hopefully support it.

Take control of the market and SAVE IT! Opened or closed it is Our HISTORY AND THE TAX PAYERS PROPERTY!

Whatever is decided,...whatever happens to the Market,....It should be considered to be a one day market. Thursday was always a big day for the Columbia Market House. Other days you have to compete with Lancaster, York and Green Dragon. Bring back Rap's World to "kick start" the comeback!!!

I sort of agree with Ed. Thursday was a good day.When they started to play changing days and times, things started to go down hill. I would still keep Sunday in mind as a 2nd day to open. It seems like they get nice crowds.

I agree,...if Sunday brings in the people, then, by all means, make Sunday another big day!!!

Sundays are the way to go.

Sunday Record Collectors always had a crowd.
Combine Sunday with individuals that may rent for a day or month.

What was the reason for giving back to the Borough?

Who were the Directors that abruptly resigned?

Hands down Saturday is the busiest shopping day in this region. Consider a one day Saturday Market, 8m to 4pm, and at least 75% food.

Just be opened minded to all thoughts.
Seasonal vendors, weekly or monthly vendors, and bring back other activities that draw crowds.
The Trust had their own agenda and thoughts!!
The vendors they mistreated will probably never return. Such a SHAME!

If council hires a manager, let that person to their job, and not micromanage.

The right person will not need to be micromanaged.

Was data ever collected to see which days do well? If not - then I see why we need new management.

The current days/hours are what the previous market manager had recommended to the Trust, based on the data she collected.

A lot of people who make comments about Columbia Market House are living the past or do not visit market since the hours have changed... There is a lot going on and more to come.
For those who don't know or aren't in the know. With the new current hours are which are Friday 4pm to 8pm, Saturday 10am to 3 pm, and Sunday 10 am to 3 pm and it seems to suit a lot of people, their schedules and also stand holders that provided quality products and goods. Market is busy!
Do you know there is music on those days too?
Come out and take a look and see... Not just poke your nose through the crack of the door, run away, and tell the stories of "Wow what happen to market??? I remember when or the solution is on day..." If your not there to see and take things in then your really missing out...
I am a supporter of market and a tax payers of Columbia Borough... :)

Columbia will never change if the mind set of the doesn't change and try thinking outside the box... Having pigeon hole thinking doesn't make progress....

Saturday is the busiest day in town, just count heads on the streets !!, no heads = No Wallers !!, Simple Math

Hire someone to do a head count from day to day, planners do traffic counts all the time, why not a good old fashioned head count, see what day the most people are walking around town, and that will be the best day for the highest chance of sustainable success, because one thing is for sure, the Market by itself won't bring the masses !!