River Park - Is anyone paying attention at all? 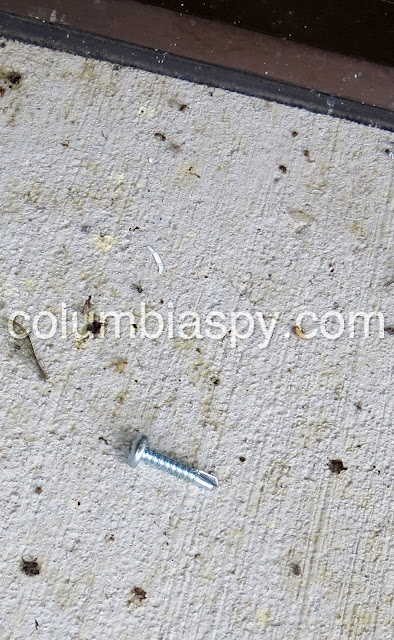 Also yesterday morning, two self-tapping screws, like the one shown above, were found outside the restrooms, as were numerous metal shavings (among the dead mayflies). 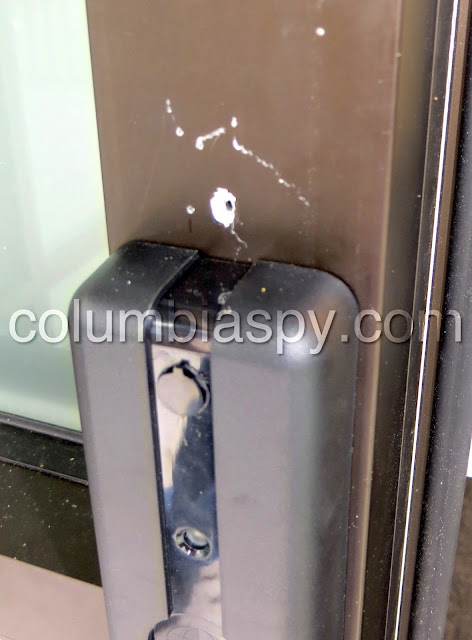 Evidently, card/fob readers were recently installed on the exterior of the restrooms. Shoddy workmanship is apparent, as with the abandoned screw hole and scratches in the paint shown in the photo above. 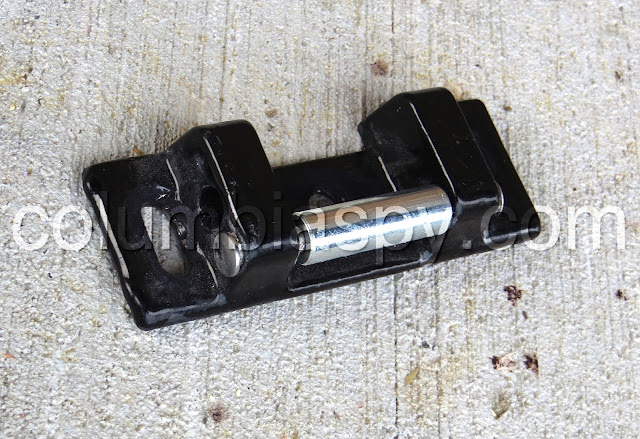 This door latch was also found outside the restrooms.

Columbia Borough needs to take a more proactive stance in addressing such problems at the Columbia Crossing building.  Pick a plan for the restrooms, post a schedule, and stick with it. The discarded hardware was removed but should not have been left lying around in the first place. Finally, leaving the handgun lying around was irresponsible and unforgivable. It could quite easily have become an instrument of tragedy.
Posted by Joe Lintner at 8:26 PM

You're never going to hear who the gun belonged to because most likely it was an officer. We all know they protect their own over "protecting and serving" the citizens.

Some one better start taking care of that building that cost so much.!!!

Building is already on a downward spiral and no one even knows what it is for.

Not expecting perfection, but come on it is unlocking a bathroom and having a consistent schedule. I think that could run close to perfect, its not that difficult!!

How about putting electric locks like a Laundromat. It's a simple easy solution.