Emergency personnel responded to a vehicle accident on the 900 block of Barber Street at about 7:30 this evening.  A white Chevy pickup truck came to rest on the sidewalk along the one-way street after shearing off a traffic sign post, damaging a tree, and mangling a fence.  The truck sustained front end damage and at least two blown tires. The driver left the vehicle and fled on foot westward along Barber. Witnesses said he told them he was injured and was holding his wrist as he fled. The pickup truck had reportedly sped down Plane Street and onto Barber immediately before the driver lost control. Police identified the driver from evidence at the scene. 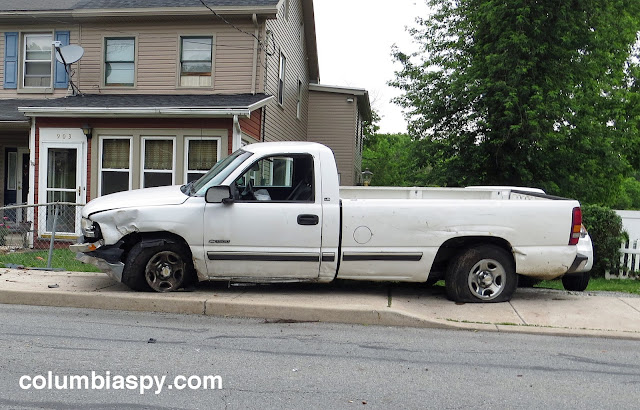 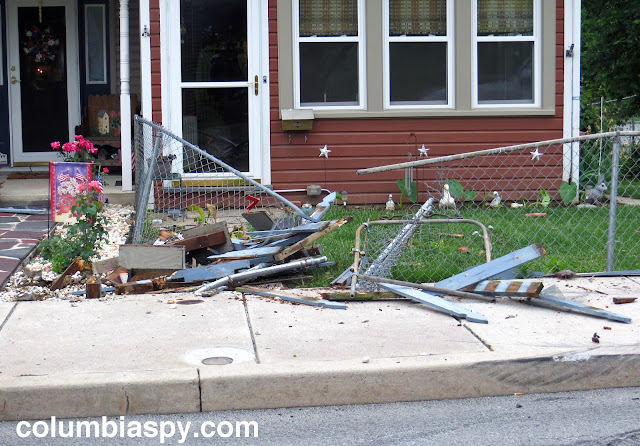 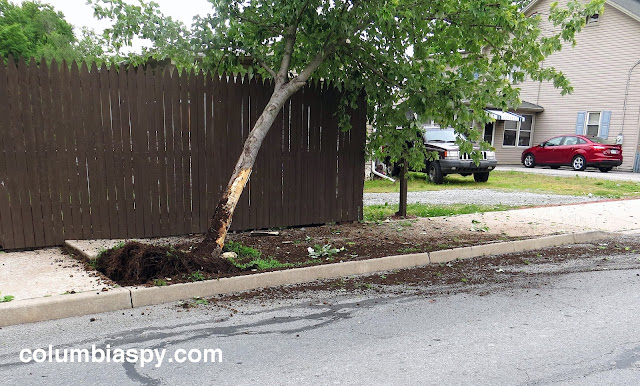 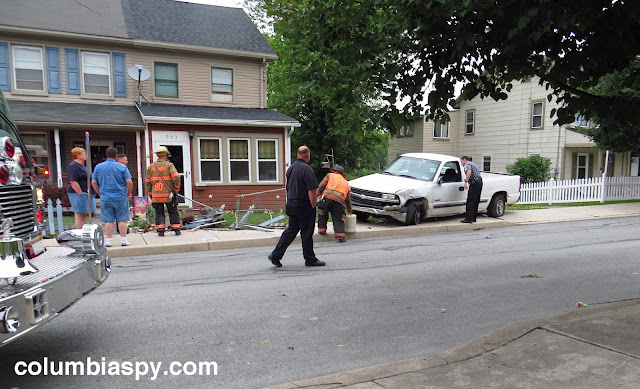 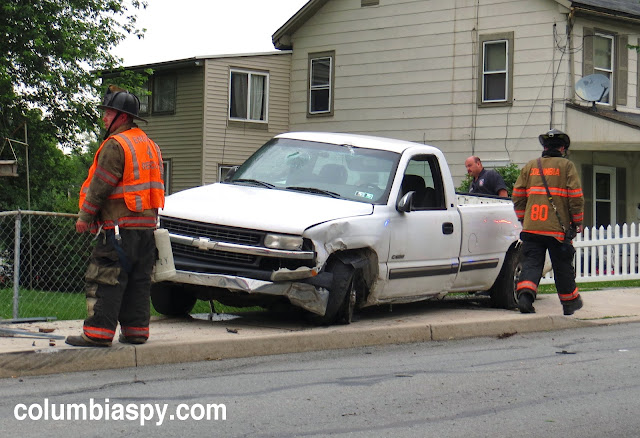 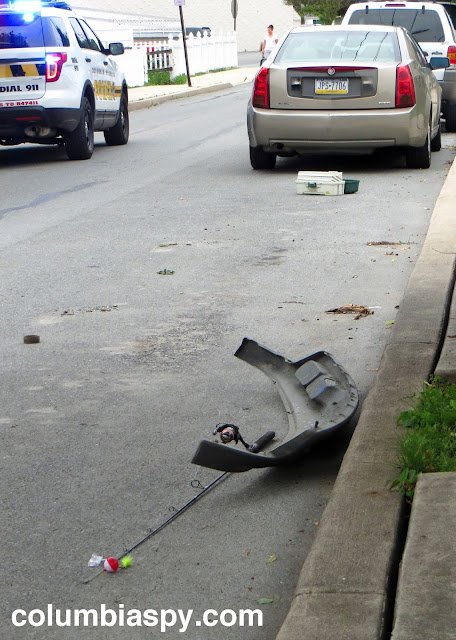 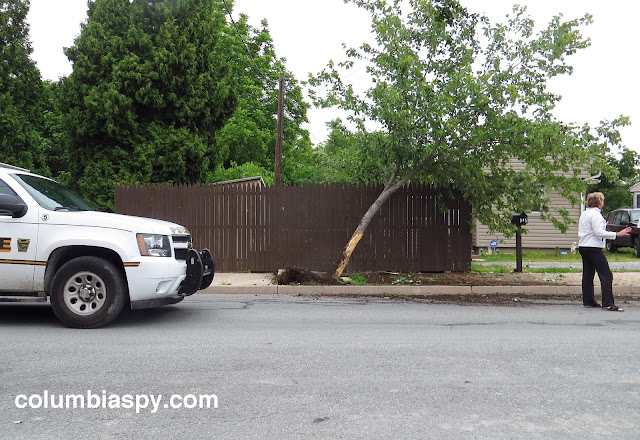