The Mystery of the Market House Trust 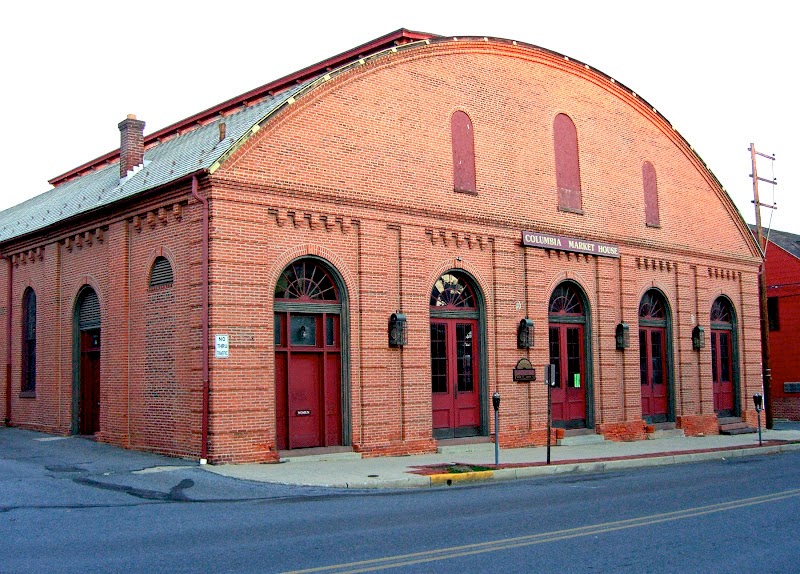 In response to citizens' questions submitted to this website, as well as the veil of mystery shrouding the workings of the Columbia Historic Market House Trust, I've uncovered the following information.

Board members are as follows:

Historically, the Trust has met at the Mount Bethel Cemetery Superintendent's House, but reportedly now meets at Cafe Garth, or the residence of its owner, Cleon Bertheizel, on Second Street.

The following "Rules of the Columbia Historic Market House" document (from 5/10/2012) has been distributed to all vendors.
(Click on the image for a larger view.) 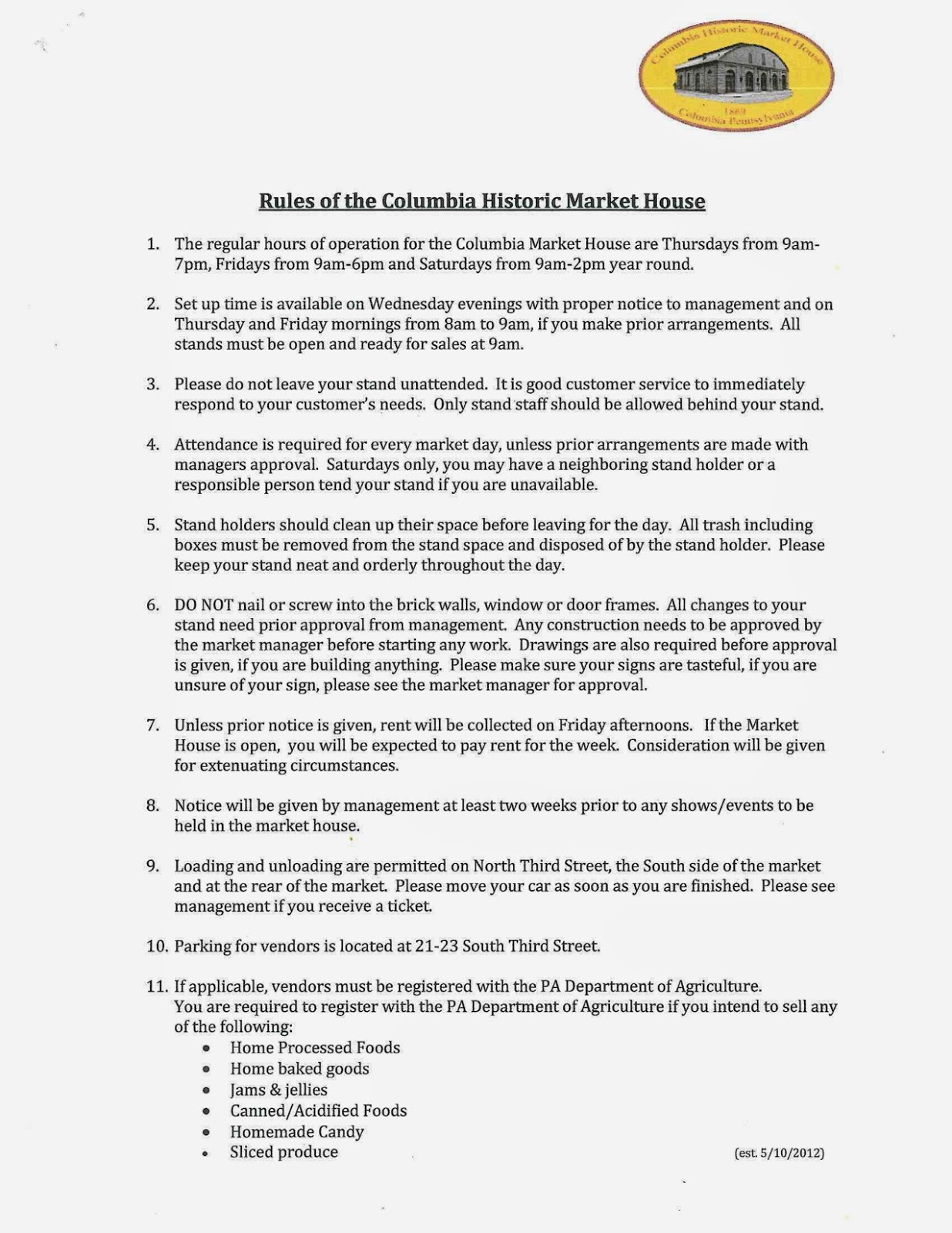 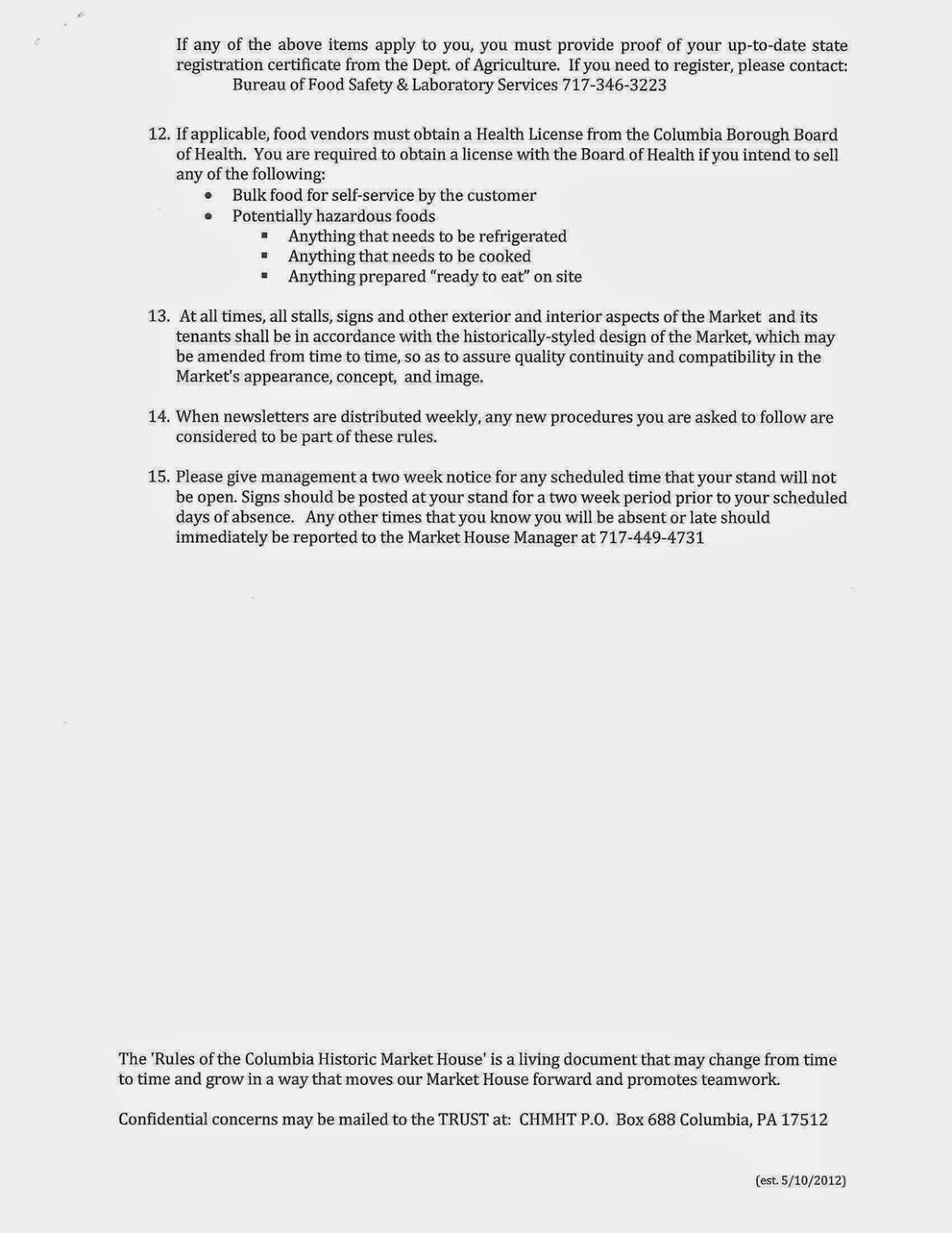 A contact address for the Trust can be seen on the above document:
CHMHT, P.O. Box 688, Columbia, PA 17512
The Market House's website can be found HERE. Its Facebook page is HERE. 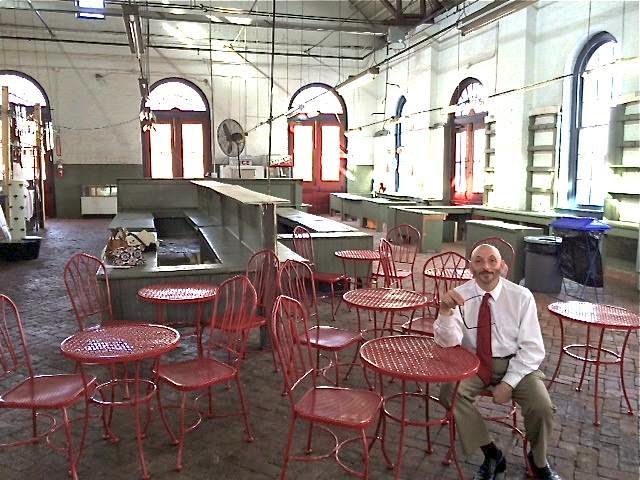 Recently, Vice-Chairman Don Haines posed for the photograph shown above with the Market House's new bistro-style furniture.  The removal of the previous furniture was discussed at last Monday night's Columbia Borough Council meeting and was thought to have been removed without authorization.  The furniture is considered borough property, and the matter is under investigation.

An article about the Trust appeared in Lancaster Newspapers last year.

Recently a "Notice of Violation" was presented by the Trust to vendors who signed a petition to abolish the entity. Vendors had presented the petition to borough council amid accusations of mismanagement by the Trust.

Recently, one vendor had been closed down by the Trust for two days due to operating an allegedly unclean stand.

Currently, most of the vendor stands available sit empty.  One estimate puts vendor occupancy at less than one quarter of the Market House.