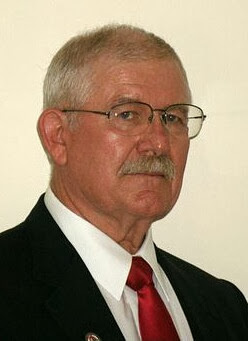 in a town of 10,000 people - less then 1000 vote, and the Mayor takes another 4 years with a count of 618 VS 329 votes. Why do we even have elections ? For all of those people on the streets that complain about local government and cry for change - you would think that one of them would have enough smarts and money to organize an election and pick up another 300 votes from the 10,000 citizens !

I agree completely. I was very sad to see that the total turnout was less than 10% of the people in this town that even bothered to vote. And that some of the ballots had only one person listed for the office; or were on both parties to vote for. I for one certainly did not want to vote for Mary Wickenheiser for Tax Collector but what else to do??? Vote for Mickey Mouse??? All the bitching and complaining and the same old same old- same people- same situations-same results. How can we change this ?? Everyone says the same thing that their vote doesnt count- but it would if more people voted overall. I bet if there was a raffle or a prize giveaway more people would turn out but we cant have that!! This town is going downhill and people are soon going to give up and move away.. if they haven't already.

Right. I don't hold out much hope for change.

As a community, how do we pull together a grassroots effort to push for voting or even possibly to endorse another individual that has the potential to be grown into these elected positions? I am not convinced that the community utilizes the gems within the community. Most do not know where elections occur, when they occur, how to get involved if they wanted to, let alone who is on the ballot for the elections.

i agree. you get a group of interested individuals and start a group....i'm sure there is some help somewhere...even online on what to do, when to do it, how to do it, etc. good luck. this is what this boro needs!