What I saw recently

Pics from the last week or so: 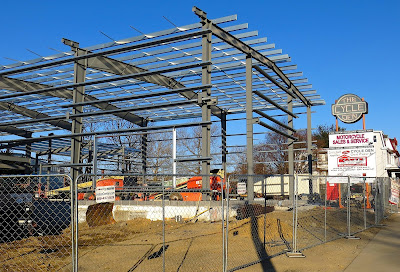 Much progress at The Cycle Den 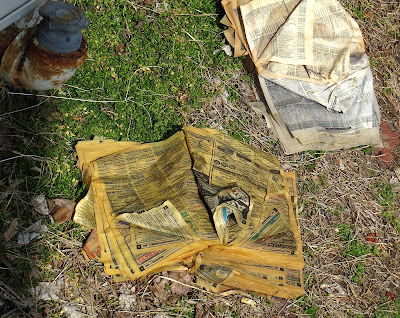 Meanwhile at 3rd & Mill, the phone books were still hanging around. 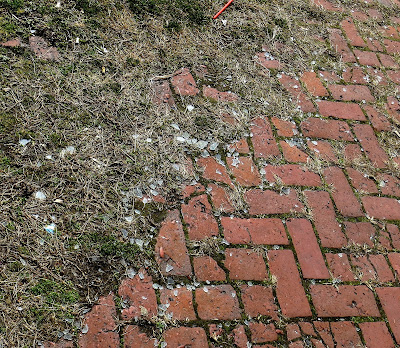 And the broken glass was still there.
That's been how many months now? 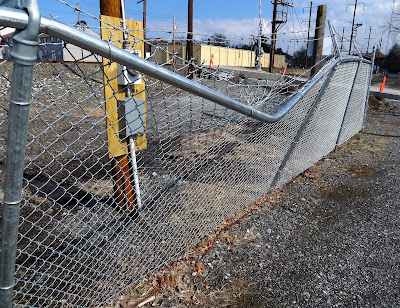 The fence at River Park was still bent. 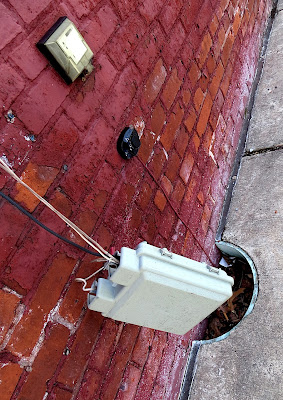 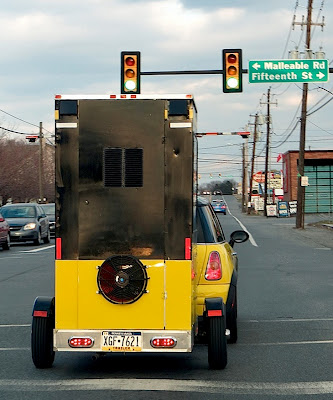 Last Friday, this vehicle and trailer traveled through town,
with music blasting from the trailer. 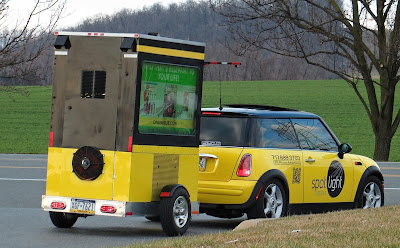 "Rolling" ads were featured on either side of the trailer. 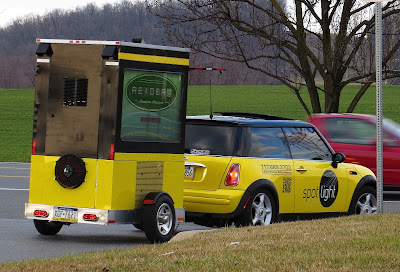 Another ad appeared after a few seconds. 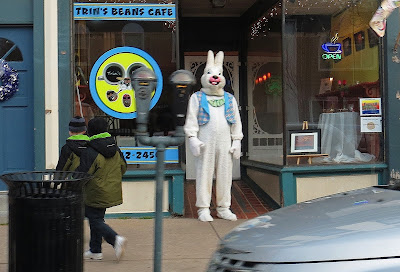 The Easter Bunny made an appearance at Trin's, to the amazement of the two boys on the left. 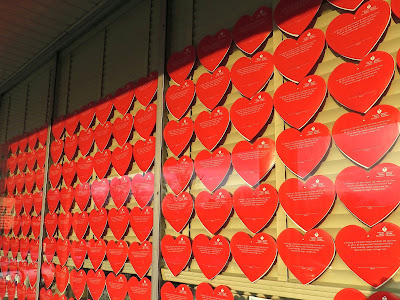 There were lotsa hearts at Musser's. 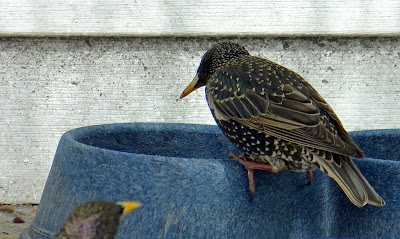 Starlings ate from the cat dishes while the cats were away. 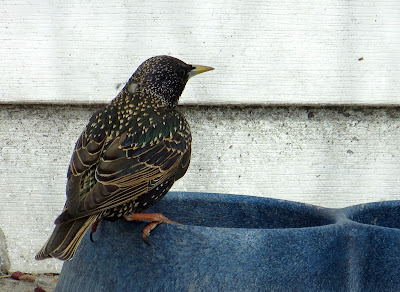