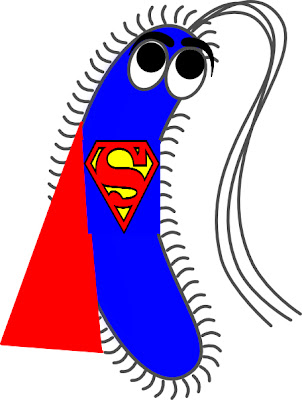 A deadly superbug being called a "nightmare bacteria" is circulating in Lancaster County, and federal health officials are urging hospitals and nursing homes across the country to protect their patients from it.
"This is going to be a big problem as we move into the future," said Dr. Neil Greene, chief of Lancaster General Health's infectious disease division. "It is going to be a potential major public health threat."
The superbug is actually a family of germs that are difficult to treat because they're highly resistant to a group of antibiotics called carbapenems, which often are used as a last resort to treat serious infections. The germs are referred to as carbapenem-resistant enterobacteriaceae, or CRE.
Federal health officials refer to CRE as a triple threat. The germs are resistant to all or nearly all antibiotics. They also have high mortality rates, killing up to half the people who get serious infections with them.
Most chilling, perhaps, is that the bacteria can spread their resistance to other bacteria, jumping from bug to bug, so a bug that causes pneumonia can transfer antibiotic resistance to a bug that causes urinary tract infections.


MORE HERE:
http://lancasteronline.com/article/local/826979_-Superbug--alert-is-sounded.html
Posted by Joe Lintner at 7:45 AM